IT'S A GIRL! Congratulations to Lauren & Don on Their New Daughter! 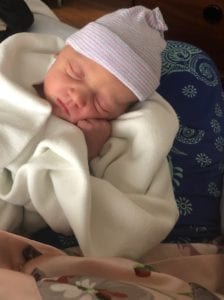 More than 670,000 dogs and 860,000 cats are euthanized throughout the United States every year; each unable to find adoptive parents from shelters across the country. One heartwarming boy is trying to put a stop to it.

“Darius Brown was diagnosed with developmental delays when he was 2, but a hobby creating bow ties has helped him flourish — while benefiting the animals he loves, too,” reports Today.

“It helps the dog look noticeable, very attractive,” he told TODAY. “It helps them find a forever, loving home … I love everything about dogs and cats.”

Brown was initially diagnosed with a speech delay, cognitive problems, and motor skill issues at the age of two.

Happy Mother's Day to the BEST mother in the world. She wears an S on her chest everyday my SUPERMOM. Thank you for loving me, supporting me, and for always being by my side. I love you very much to infinity and beyond and you can't beat that. (insider)😁❤ #happymothersday #mymom #queen #iloveyou #iloveyou3000 #bestmotherintheworld #bestmomaward #iappreciateyou #sirdariusbrown

“With his fine motor skills, he wasn’t able to really use his hands well — tying a shoe was challenging,” his mother told TODAY. “My mother and I came up with the idea that if he helped us with things like prepping the ribbon or cutting it, and sewing fabric together, it would help him. And it did — it worked!”

A five-year-old boy from Mississippi was outright determined to derail the Grinch’s devilish plot to spoil Christmas this year; calling local authorities in an attempt to stop his evil plan and warning 911 operators to “watch for that little Grinch.”

According to the Washington Post, TyLon Pittman was watching clips of the Dr. Seuss classic “How the Grinch Stole Christmas” on the internet when he dialed emergency responders, informing them of the Grinch’s scheme to ruin his favorite holiday.

“I just want to tell you something. Watch for that little Grinch. Because the Grinch is gonna steal Christmas, okay?” TyLon told 911 operators.

After determining the boy wasn’t in danger, emergency personnel spoke with TyLon’s apologetic father, saying, “No, no it’s fine […] He called in saying the Grinch was trying to steal his Christmas.”

A short time later, officers arrived at the home to speak with the five-year-old, assuring him that the police department and local authorities would never let the Grinch steal Christmas.

“She said she thought it was the cutest thing,” said the boy’s brother. “She wanted to pay him a visit to let him know his Christmas will be safe.”

Watch the heartwarming video above.

KELLYANNE ON FIRE: Kellyanne Conway Wants to Know if Bob Mueller Ever Read His Own Report