Streaming movies on your phone might be convenient, but it’s not the same as watching on a big screen. You can’t take your TV everywhere — but there is another option for dedicated movie fans.

Enter the Lenso Space Pocket Size 4K 32GB Projector. This pocket-size device turns any flat surface into a crisp display and is the perfect thing to get you through a fall and winter of social distancing so you can have family movie nights wherever you are, from your basement den to your favorite campground to your own backyard. The Lenso retails for $799, but Hannity viewers can grab the projector for just $305.10 with the 10% promo code LENSO10.

Projection technology has improved massively in the last decade; these machines were once bulky and noisy, but they are now portable and quiet. And the Lenso Space is a perfect example. In the words of Trend Hunter, this device features a “pocket-friendly design that packs robust technology within.”

The projector measures less than five inches across, yet there is room inside for a 200 ANSI lumens bulb. This produces enough light for a bright 120-inch display.

The Lenso projector can stream content directly via Wi-Fi or Bluetooth. Choose between 4K and 1080p resolution, while built-in speakers provide the soundtrack seamlessly. If you prefer, you can hook up your computer via HDMI. It also has 32GB of internal storage for content, so you can enjoy movies, TV shows, and music offline almost anywhere.

Order the Lenso Space Pocket Size 4K 32GB Projector and use code LENSO10 for a limited time to get it for just $305.10. 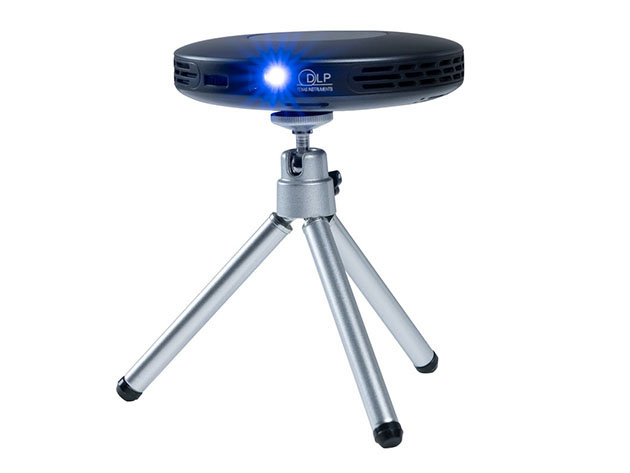 “The Minneapolis Police Department is aware of the allegations of vote harvesting. We are in the process of looking into the validity of those statements,” a department statement read on Monday. “No further information is available at this time on this.”

“This is totally illegal,” Trump said Sunday, linking to an article on the issue. “Hope that the U.S. Attorney in Minnesota has this, and other of her many misdeeds, under serious review??? If not, why not??? We will win Minnesota because of her, and law enforcement. Saved Minneapolis & Iron O Range!”

BREAKING: Omar Connected Harvester SEEN Exchanging $200 for General Election Ballot."We don't care illegal."…"We are taking the money and we'll vote for you" "@IlhanMN is the one who came up with all this"#CashForBallots pic.twitter.com/wPhmRwcMgB

WHAT FOR? British Politician Nominates BIDEN for Nobel Prize, Says He Uses ‘Arguments’ Over ‘Violence’

A member of the British Parliament officially nominated former Vice President Joe Biden for the Nobel peace Prize Tuesday; saying he uses the “force of argument” instead of “violent solutions” in solving problems.

“When others have resorted to violent solutions, [Biden] has argued that the best force is the force of argument,” Chris Bryant, a member of the Labour Party, told the Standard. “Because guns can stop a heart but well-placed words can change many hearts, and many hearts can change a world.”

President Trump was nominated weeks ago for the Nobel Prize over his role in forging new peace agreements between Israel, the United Arab Emirates, and Bahrain.

WHAT FOR? British Politician Nominates BIDEN for Nobel Prize, Says He Uses ‘Arguments’ Over ‘Violence’
Advertisement