Massage is proven to relieve aching muscles and improve recovery after exercise. But unlike top athletes, most of us don’t have instant access to healing hands.

The FusionX Heated Massage Gun is probably the next best thing. This highly-rated device uses vibrations to untie knots and warmth to encourage blood flow. It’s normally priced at $299, but Hannity viewers can get it today for just $159.99 with the promo code OCTSALE20.

Many everyday aches and pains are caused by stiffness or knots in your muscles. Without treatment, these problems can take some time to resolve. But by loosening the muscles with massage, you can drastically speed up the process.

Rated at 4.8 stars on Amazon, the FusionX massage gun helps you treat yourself. Powered by a rechargeable lithium-ion battery, this device offers five hours of portable relief.

To promote healing, the head vibrates up to 3,200 times per second. The movement penetrates the fascia, helping you break knots even deep in the muscles. At the same time, the gun delivers heat to further loosen and relax your body.

You can choose from five speeds, and the gun comes with a variety of attachments for different muscle groups. The design allows you to massage difficult-to-reach areas, and FusionX is small enough to take traveling.

The massage gun was already $100 off, but you can save an extra 20% with code OCTSALE20. Order today for just $159.99 to get this powerful recovery tool in Blue or Black. 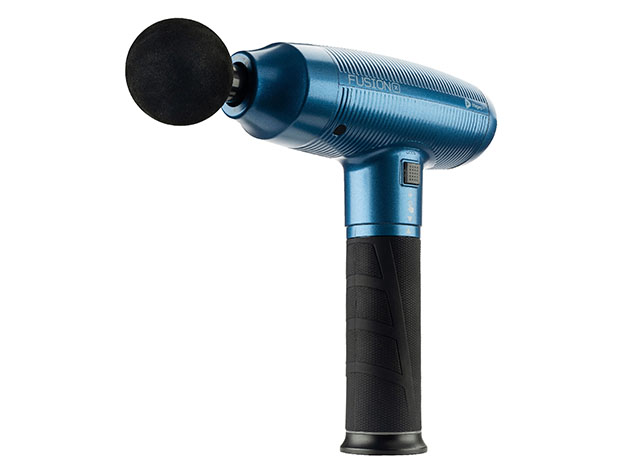 Two members of the NYPD were shot in Brooklyn overnight Monday and another officer stabbed in the neck as protesters defied an 8pm curfew imposed by beleaguered Mayor Bill de Blasio.

“The melee unfolded when a suspect approached a cop on Church Avenue near Flatbush Avenue at about 11:45 p.m. and stabbed him in the neck, a police source said,” reports the New York Post.

Meanwhile, the mayor faced a growing backlash after saying the violent situation reminded him of John Lennon’s utopian anthem ‘Imagine.’

NYC Mayor Bill de Blasio: "I don't mean to make light of this but I'm reminded of the song 'Imagine' by John Lennon." pic.twitter.com/ElerZgB2y3

“I don’t mean to make light of this. But I’m reminded of the song ‘Imagine’ by John Lennon. We played it at my inauguration! What about a world where people got along differently? What about a world where we didn’t live with a lot of the restrictions that we live with now,” said De Blasio. “We’re not there yet. The protest movement themselves is how we make progress!”

Voters in Franklin County, Ohio complained to their local and state officials Friday after upwards of 50,000 residents received the “wrong absentee ballots” for the 2020 presidential election.

“We want to make it clear that every voter who received an inaccurate ballot will receive a corrected ballot,” the board said in a news release.

“No vote will be counted twice. Every voter will receive an accurate ballot and that ballot will be counted,” county Elections Director Ed Leonard said.

“While this process has taken longer than we’d like, we aren’t just determining a number. We’re determining and identifying each impacted voter,” Leonard said during a press conference Thursday.

THE PRESIDENT: ‘New York Has Gone to Hell, Vote Trump!’