A group of our nation’s veterans decided to honor their fallen brothers and sisters in a very American way over Memorial Day Weekend.

Veteran-owned, Nine Line Apparel teamed up with 11 other companies—including Black Rifle Coffee Company—to sponsor Jeffrey Earnhardt’s car in the Coca Cola 600 in North Carolina.  The names of 617 fallen service members were emblazoned on the hood of Earnhardt’s car.

In the lead-up to the race, Nine Line Apparel sold a t-shirt to benefit the non-profit, Angels of America’s Fallen, which provides support to children of fallen military members and first responders. With each purchase of a t-shirt, customers were encouraged to submit a name of a fallen service member to be included on the hood of Earnhardt’s car.

On Sunday, Earnhardt and retired Army captain and CEO of Nine Line, Tyler Merritt, presented Angels of America’s Fallen with a check for $ 15,000. 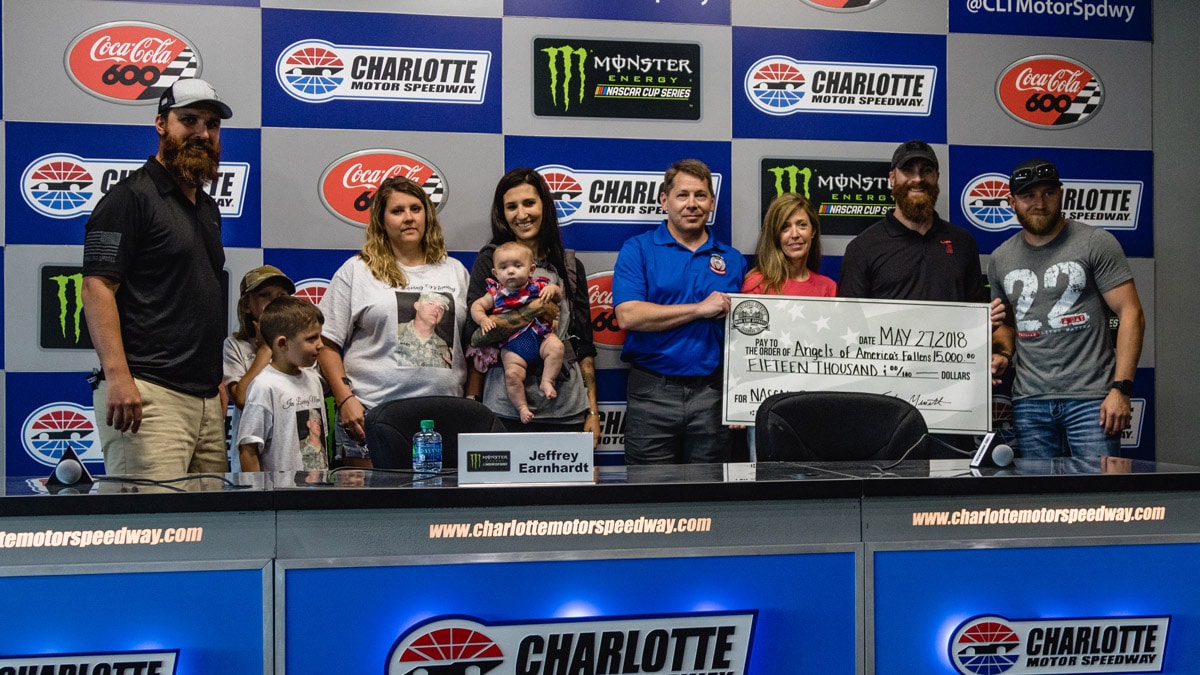 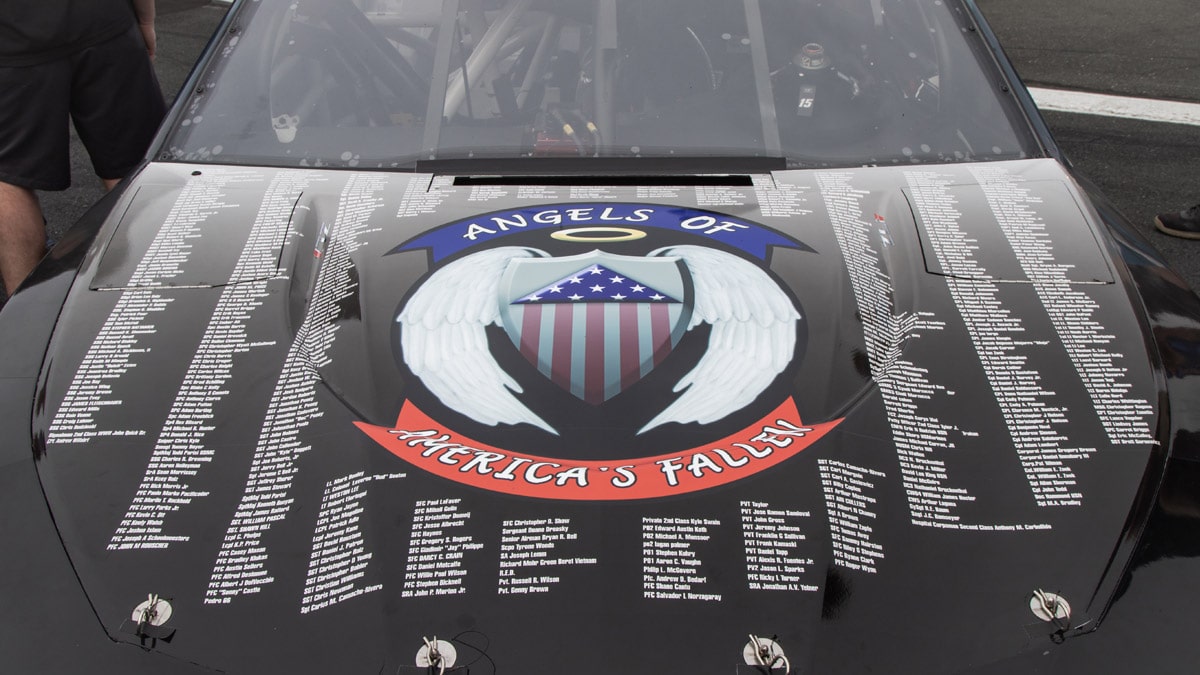 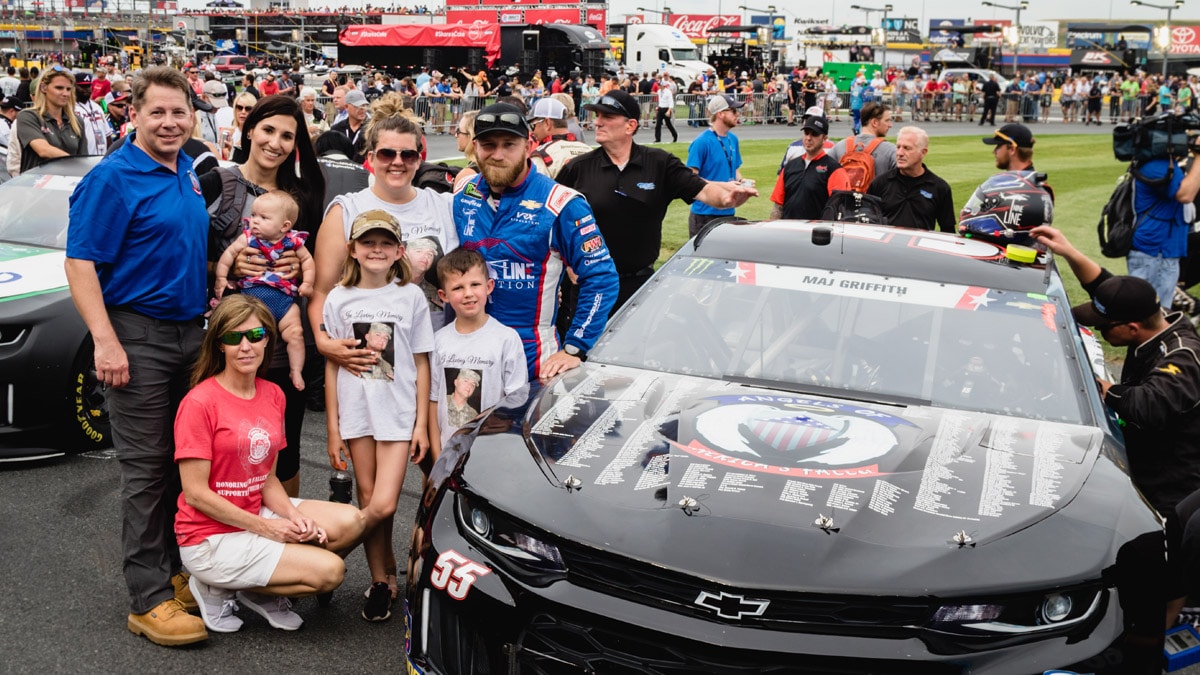 Angels of America’s Fallen CEO, Joe Lewis told Fox News, “It brings awareness to the fact that there are thousands of children of our fallen that are out there trying to go through their childhood, the most crucial…years without the support or guidance of their parent. It’s really important that as a nation we help those children mitigate the risks they face of increased anxiety, depressions, substance abuse, dropping out of school and even suicide.”

Macron addressed the US lawmakers during his official state visit to Washington this week, noting the attendance of Robert Jackson, a veteran of the Second World War.

Macron: "We are very honored by the presence today of Robert Jackson a World War II veteran… Sir, on behalf of France, thank you" pic.twitter.com/H9IMwigTqf

“Since 1776, we, the American and French people, have had a rendezvous with freedom. And with it comes sacrifices. That is why we are very honored by the presence today of Robert Jackson a World War II veteran. Robert took part in the D-Dday landing. He fought for our freedom 74 years ago. Sir, on behalf of France, thank you. I bow to your courage and your devotion,” Macron said.

The European leader also thanked American poet Alan Seeger who enlisted in the French army to help the ally nation during the first World War.

“This young American would fight and die on Independence Day … not far from my home town after having written these words, ‘I had a rendezvous with death,” said Macron.

Major Dan Rooney, the founder of Folds of Honor, is a Fighter Pilot, PGA Professional, Patriotic Philanthropist and author of, A Patriot’s Calling: Living Life Between Fear and Faith. Major Rooney joined Sean on radio to talk about a fantastic new partnership he’s joined with Budweiser to help the families of veterans.

An American hero. Major Dan “Noonan” Rooney is a fighter pilot with 3 combat tours in Iraq, a PGA Golf Professional, and the founder of the Folds of Honor. He has served as the motivational speaker for two U.S Ryder Cup teams and is a FOX News contributor. A decorated military aviator, Major Rooney is currently stationed at Tyndall AFB Florida as a member of 301st Fighter Squadron.

Since 2007, the Folds of Honor has carried forth this singular, noble mission. To provide educational scholarships to spouses and children of America’s fallen and disabled service-members.

Their motto says it best: Honor Their Sacrifice. Educate Their Legacy.