MADE IN AMERICA: Meet the Mom Who’s RE-INVENTING the Way Kids Snack

After an endless struggle to get her young children to eat healthy, one mother and entrepreneur took matters into her own hands, inventing a healthy snack bar that contains more protein than two whole eggs. 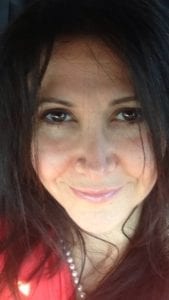 Chief mom and Luckybar founder Jamie Oberweger created the nutritious treat to help other parents across the country cope with “picky eaters everywhere.”

“Here I was, a mom of two amazing boys one of whom is an adventurous eater and my little one…well I could count on one hand the food he would eat,” said Jamie.

“My son is such a picky eater and would simply not eat enough protein. I knew I needed to find a way to get more protein into him in order that he can thrive and be the best version of himself. When all other foods were not working, I created a product truly made with him in mind…and Luckybar was born,” Oberweger added.

Visit Luckybar.com and read the rest of Jamie’s story!

GREAT AGAIN: $2 TRILLION Added to US Economy Under President Trump

The United States Stock Market has added over $2 trillion to the American economy since President Trump won the 2016 presidential election; smashing expectations and further signaling a robust recovery following years of stagnant growth under Barack Obama.

According to CNBC, the S&P 500 stock index grew by $2.04 trillion since Donald Trump defeated Hillary Clinton last November; soaring after the election on renewed hopes of significant tax reform and the reduction of burdensome regulations imposed by Trump’s predecessor.

The largest gains were seen in information technology, financial services, healthcare, and materials.

President Trump now sets his sights on reforming the nation’s complicated and outdated tax code, a key campaign promise to deliver tax relief to millions of American families and businesses.

“People are in wait-and-see mode in terms of tax reform. We get a bit of a pop every time it gets mentioned, but I think the market is in a bit of disbelief,” said one market strategist.

Analysts also credit President Trump’s pledge to rebuild the American military with the massive rise in stocks associated with Defense contracts, reporting some businesses have seen growth of 30% since the US election last fall.

GREAT AGAIN: 95% of Manufacturers ‘OPTIMISTIC’ about Economy, Highest IN HISTORY

A stunning new survey by industry insiders revealed Wednesday that over 95% of American-based manufacturers have a “positive outlook” about the US economy and future growth potential.

The survey, released by the National Association of Manufacturers, shows a staggering 95.1% of those in the industry are optimistic about the US recovery heading into the third quarter of 2018; the highest level seen in the report’s twenty year history.

“Last year, manufacturers promised that we would deliver for our people and our communities if tax reform became law. Congress and the president delivered, and now manufacturers are keeping our promise: hiring new workers, raising wages, improving benefits, buying equipment and expanding right here in the United States. And the best part is, with manufacturers’ record-setting confidence and plans to keep hiring and growing, more good news is yet to come,” said a statement from NAM President Jay Timmons.