By Mike Lindell, Inventor of MyPillow

I’m going to tell it to you straight.

There is a concerted effort by people on the political left, especially progressive activists, to try and shame traditional Christians – evangelicals, and Catholics- to diminish our support of President Donald Trump.

But, of course, Christians like you and me aren’t the type of Christians that’ll give up that easy.

We aren’t ashamed of the Gospel of Jesus Christ, and we aren’t ashamed of supporting a President who has fulfilled the promises he has made to our community advancing policies which have bettered the lives of millions of people in the United States and around the world.

They want to shame us by making it difficult to tell our own story. They falsely accused of us being immoral, racist, bigoted, intolerant, and only interested in power. Of course, none of those things are true. So, now, a few of us have decided we are going to tell our own story about our support for President Trump, and to do it we are producing a film called Trump 2024.

I want you to join me in supporting this effort to get that film in as many places as possible in September. You can view the trailer and learn more, here 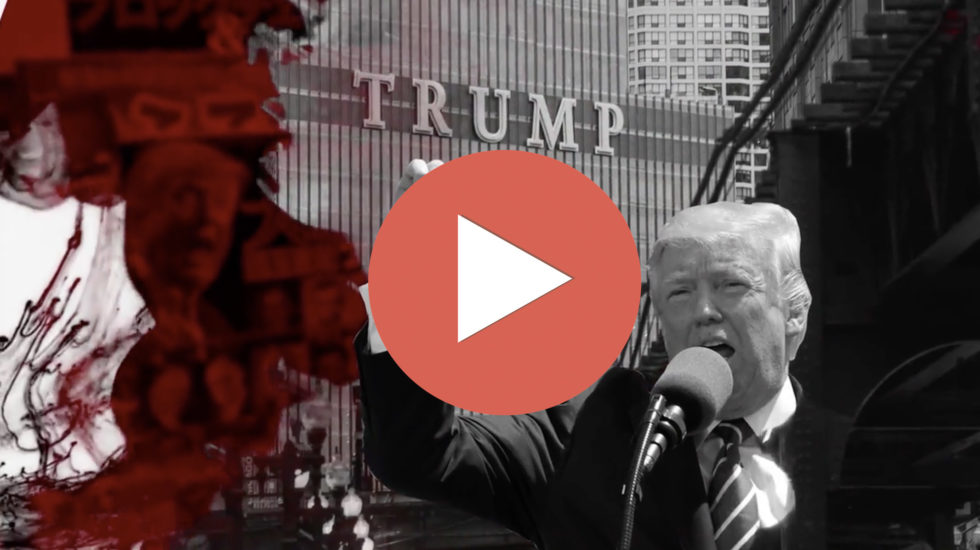 But, before you do, let me give you three reasons why you should stay strong:

• Courage has always been demanded of those who do the right thing. Look, there’s a cost to being involved in the public square. There is also a cost to leaving your family’s future, and the future of our nation, in the hands of those who would like to kick us out of it. I decided long ago, and I hope you’ll join me, that I would choose courage, and not fear. I would choose to say what I believe, and I would choose to persevere whatever pressure and whatever criticism came. It’s time to be courageous.

• The President has done what he said he would do. There are many politicians, not the least of which is the democratic nominee Joe Biden, who have spent decades in Washington D.C. making a living out of talking about problems without ever solving them. I guess it’s because Donald Trump is a businessman, like me, but when you’re in business you don’t have the luxury of simply talking about problems. You either solve problems or you close up shop. For years before he ran for President, and during his campaign, has said that he would make America safe again, make America wealthy again and make American great again. He has done that. He has taken his campaign promises like a “to-do list” and has checked off one after another. When someone asks you why you support the President, you can say that it has almost nothing to do with his personality, but has everything to do with his policies. He has done what he said he would do. Unless you’re like me, and then you can add on to that, that you do appreciate his personality, recognizing that it takes a strong leader in order to fight to lead a great nation to ever-higher heights.

• The job isn’t done yet. I have to say that I shudder to think what would happen to our great country if certain forces on the political left were allowed to run our government. Just this last week, the American Academy of Arts and Sciences, an organization founded in the 18th century, by Thomas Jefferson, James Madison, John Adams, and 50 more of the leading lights who founded America, released a report delineating the fundamental changes they believe need to be made to put America’s democracy back on course. Those dozens of recommendations would remake our country entirely into something unrecognizable by our founders. We have more work to do in order to make sure that leftists do not succeed in fundamentally transforming America. The fact of the matter is that you can’t throw in the towel in the fourth quarter. We have to win the game, in November.

So, recognize that when people speak offensively about Christians who support this president, they are up to something sinister.

They are trying to suppress the vote of his supporters in November by wielding shame, and the remedy to shame is to know the truth… and that truth will set you free.

‘My Pillow’ founder and CEO Mike Lindell announced this week his company will be manufacturing emergency, life-saving equipment -including face masks- to help Americans combat the growing Coronavirus outbreak.

“We have capacity to make a lot of things at big rates and we’re going to be going hopefully from 10,000 units a day to 50,000 units a day in a very short period of time,” CEO Mike Lindell told FOX 9 of Minneapolis-St. Paul.

The Minneapolis-based company will shift 75% of its production company to help manufacture the equipment.

“Covid-19 has affected nearly every person, business, and industry in the world. Once fear has set in, crime will likely begin to increase. Desperation will oftentimes encourage law-abiding citizens to make both unhealthy and unethical decisions. It’s times like these that we turn to leadership for encouragement in staying positive, overcoming fear, and making conscious decisions to be a positive influence for change,” added Nine Line Apparel CEO Tyler Merritt.

If the need you are giving to is really real?

How much of your donation goes to the actual need?

If you made a difference in a person’s life?

Find out how you can help by visiting https://www.lindellfoundation.org/