Millions of Americans continue to struggle under the rising costs and bureaucratic mess spawned by the Affordable Care Act -better known as Obamacare- with no end in sight. Despite Congress’s inaction on solving the escalating crisis, doctors across the country are calling for a better system: Direct Primary Care.

The simple solution is a “Netflix-style” model that seeks to open the US healthcare market to “American innovation” and freedom; not burdensome regulations and skyrocketing premiums.

“Most have binged on Netflix a weekend or two. It’s time to bring this free market model to medicine,” writes the network.

“Direct Primary Care (DPC) is a subscription health care plan between you and your doctor – regular check ups, chronic disease care, sick visits, in-office tests, stitches, and more all at no extra cost,” adds the organization.

View some supporting material below: 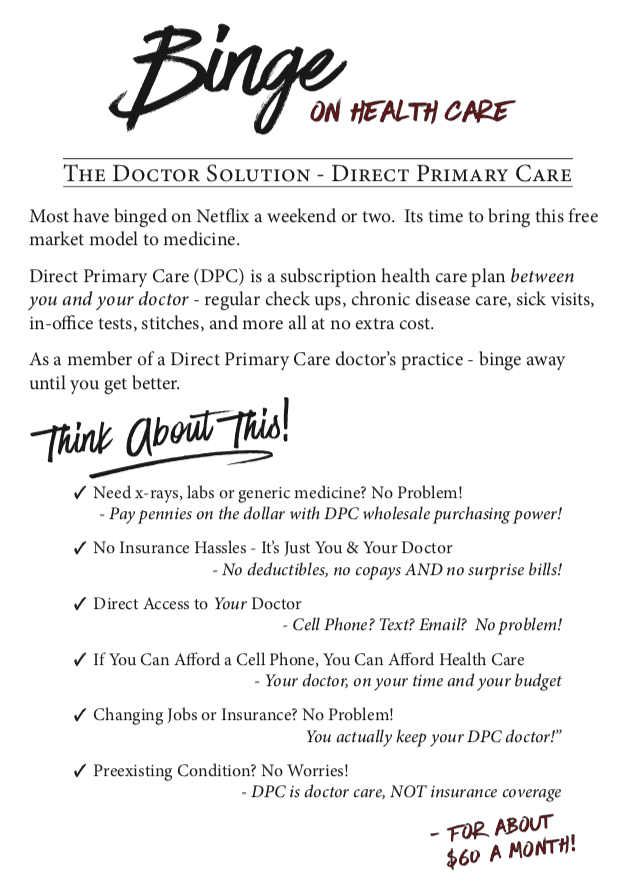 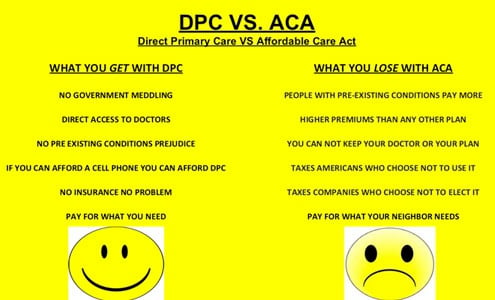 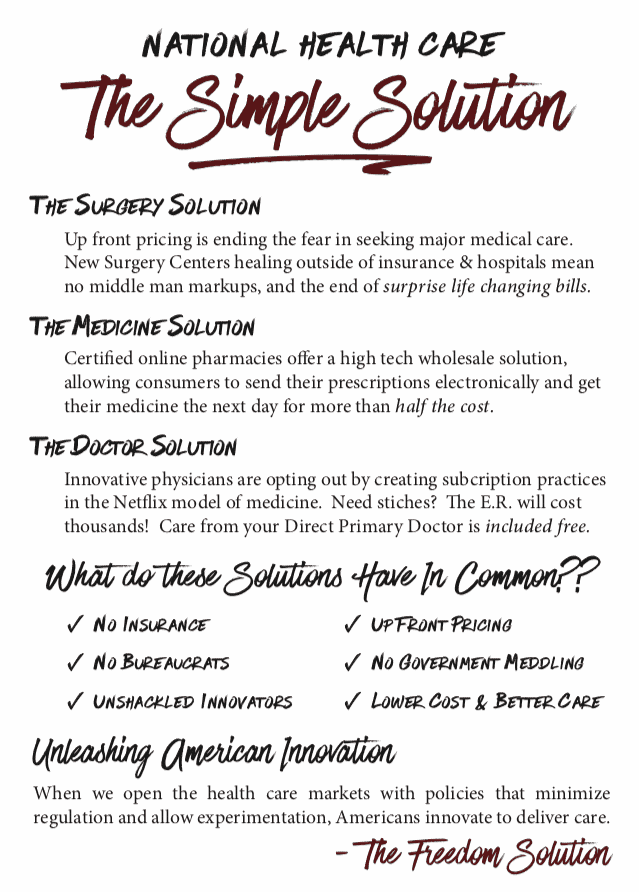 Obama was speaking at the Nelson Mandela Annual Lecture in Johannesburg this week when he praised the principles of a government mandated income; saying it would help alleviate the plights of those unable to find work or unable to feed their families.

“Populist movements, cynically funded by right-wing billionaires worried about their own interests,” Obama said. “These movements tapped the unease that was felt by so many people who live outside of urban course. That their social status and privileges were eroding … threatened by outsiders, those who don’t look like them or sound like them.”

“It’s not just money a job provides,” Obama added. “It provides dignity and structure and a sense of place and a sense of purpose. So we’re going to have to consider new ways of thinking about these problems, like a universal income, review of our work week, how we retrain our young people, how we make everybody an entrepreneur at some level. But we’re going have to worry about economics if we want to get democracy back on track.”

Just months after the Trump administration and the GOP-controlled Congress officially ended Obama’s individual mandate requiring all Americans to face a penalty if uninsured, New Jersey is poised to reinstate the tax as healthcare costs spiral out of control.

“Governor Phil Murphy on Wednesday signed the new tax into law that will impose the tax on residents who choose not to purchase ‘qualifying’ health insurance as defined by Obama-era regulations,” writes Americans for Tax Reform.

According to the organization, nearly 80% of New Jersey households impacted by the Obamacare mandate earn under $50,000, directly harming low-income workers throughout the state who are ineligible for other programs, such as Medicaid.

“78% of New Jersey households hit by the Obamacare mandate tax make less than $50,000 per year. According to the IRS, the Obamacare mandate tax hit 188,570 New Jersey families and individuals in the most recent year of available data. 146,910 of these taxpayers made less than $50,000 per year – 78 percent of those impacted by the mandate,” says the report.