FAKE NEWS: To Russia With Love

The headline at Fox was this:  Growing questions about CNN’s airport monopoly as network veers left

“CNN’s ubiquitous presence in airports — where it broadcasts from thousands of screens to a captive audience of millions — is facing new scrutiny after the cable network’s hard left turn.”

I realize Fox is a competitor and the two networks have much back and forth. But this latest description of CNN as having taken a “hard left turn” makes one wonder: was CNN always “left”, and is this latest turn of the network really just another moment in the history of a network that, in one fashion or another, was always “left” because it’s founder – Ted Turner – evolved into a hard left guy himself? 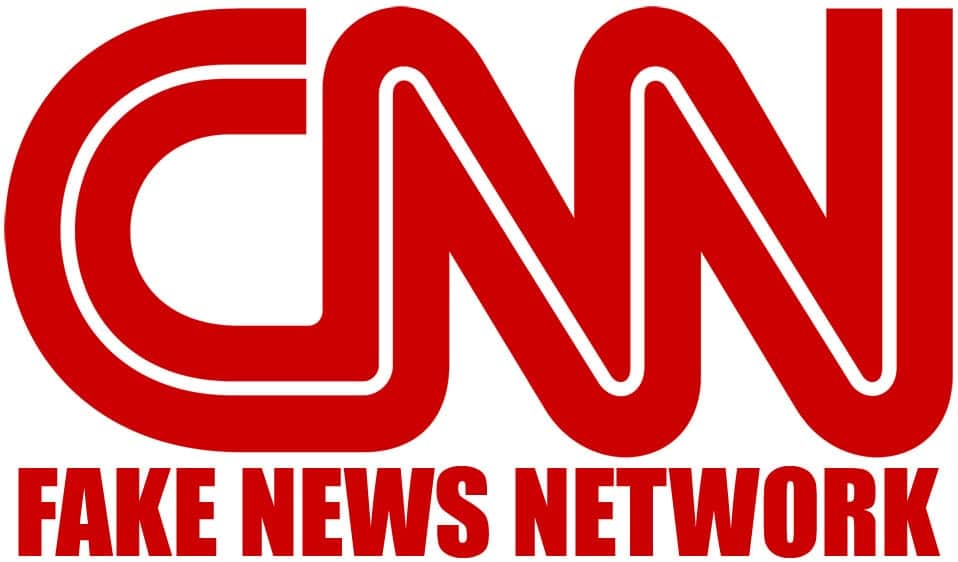 Let’s start in the decade that gave birth to CNN and prominence to the admitted genius of its founder, Mr. Turner. That would be the 1980’s.

Ted Turner, Atlanta billboard impresario, edged his way into the cable media business with by purchasing a solitary Atlanta UHF station. Eventually, he secured permission from the FCC to use a satellite to transmit his “Super Station” signals across the country. Soon there was the creation of the Cable News Network – CNN. And the birth of the era of cable news that now so transfixes the country and the world was at hand.

In the beginning, Turner, replete with a Southern drawl, was seen as a seriously right-wing guy. After he had some success with CNN and it was floated that he might buy CBS – a gold-standard broadcast network – liberals foamed and fumed. It never happened. But something else did. Ted Turner, ever so slowly, was turning Left. And with one exception – his 1991 marriage to the famously left-leaning actress Jane Fonda – there was no better example of the culture Turner was incubating in his Turner Broadcasting System (TBS) than a 1988 seven-hour, three episode documentary that was his idea – the title: Portrait of the Soviet Union.

It appeared as both television episodes – with an introduction by Turner himself – and a very glossy coffee table-style book. The television show was hosted by the late actor Roy Scheider, famous for his role in the Spielberg blockbuster Jaws and an Oscar-nominated turn in The French Connection among other roles. The book version was authored by Britain’s Sir Fitzroy Maclean.

Let’s recall some of the lines from the TV show, now safely stored on YouTube. The show opens with an introduction by Turner himself, promising “a look at the heart and soul of Soviet life.” A narrator’s voice takes over touting the series as Ted Turner’s idea, saying that when the Soviets were first contacted “it was never imagined” that the series would “awaken a sleeping giant” and inviting viewers to get to know “this great land.” All of this done against a backdrop of everything from polo playing horsemen to a reindeer-driven sled, young dancers and, but of course, a glorious, flag-waving parade through Red Square. Scheider is introduced and off the viewer goes into a magic land of 1988 Soviet inspiration.

“Onward into the future. The dream of the Soviet Union. In a country covering one-sixth of the world, 280 million people from over 100 races, live in a federation of fifteen Republics. The Soviet Union, draped in history, born of bloody revolution, bound together by a dream that is still being dreamt. It is the dream of a socialist nation, marching towards the first Communist state. The Soviet Union – a mighty union…..Once the Kremlin was the home of czars. Today it belongs to the people…Atheist though the state may be, freedom to worship as you believe is enshrined in the Soviet Constitution…Modernization on a grand scale. A great success.” 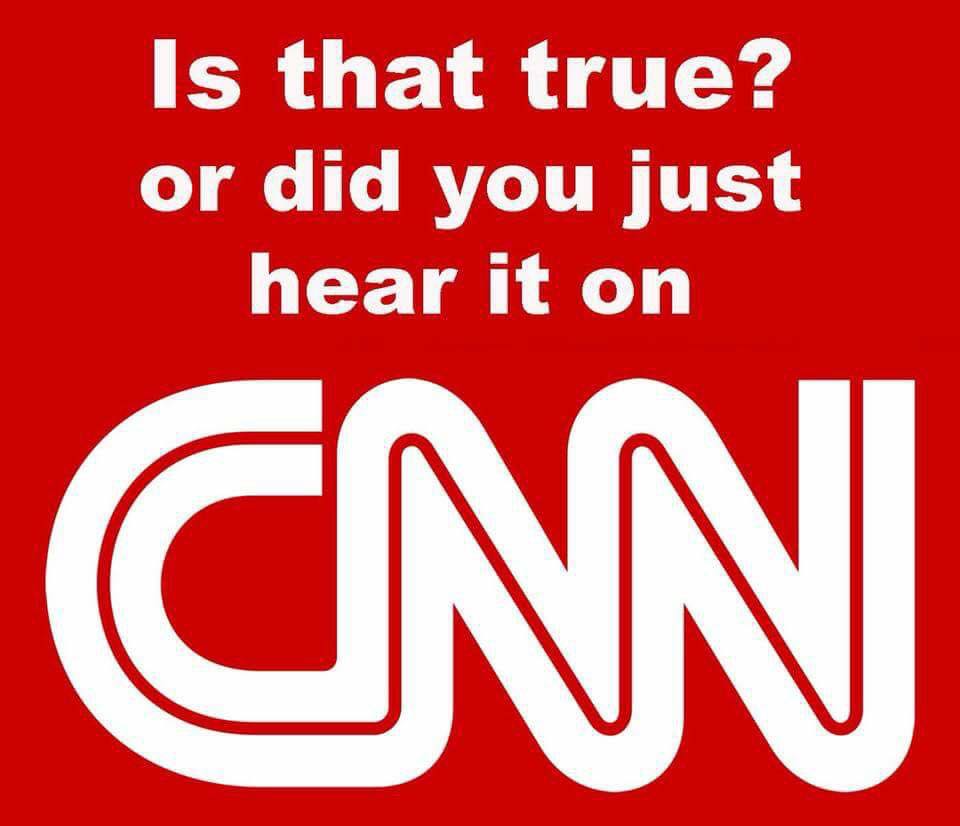 In the archives of the Media Research Center is this assessment of the project:

“Perhaps the most amazing piece of pro-Soviet propaganda produced in the 1980s was Ted Turner’s seven-hour Portrait of the Soviet Union, shown in the United States on the CNN founder’s TBS Superstation. Even the New York Times, in a March 20, 1988, review, deemed it an embarrassment, saying that the three-part series ‘is possessed by the same spirit that once led George Bernard Shaw to throw his dinner out the window of a Soviet train — because food was redundant amid socialist milk and honey.’”

By the 1990’s, the Soviet Union may have gone but there was a new left-leaning cause to be defended: the Clinton White House. And sure enough, another Ted Turner property – CNN – took up the cause. The Media Research Center documented the doings of then-CNN president Rick Kaplan, Clinton pal and what was becoming known as “The Clinton News Network.” A few were:

All of this comes to mind as one takes in the recent criticism of Fox News by CNN’s current leader, Jeff Zucker. Note this as written up in The Hollywood Reporter:

“CNN president Jeff Zucker lashed out at competitor Fox News at an industry conference Thursday afternoon, saying that the network “is really state-run TV. It is a pure propaganda machine, and I think does an incredible disservice to this country.”

He said Fox News has changed substantially in the last two years, following the departure of late founder Roger Ailes. He described the change at the network as “shocking.”

“There are a handful of good journalists there, but I think they are lost in what is a complete propaganda machine,” said Zucker, who claimed Fox News “has nothing on” the Russian government-run TASS Russian News Agency.

Zucker added: “The idea that it’s a news channel, I think, is really not the case at all.”

Without a trace of irony, Zucker actually compares Fox to TASS, the Russian News Agency. This when the founder of CNN itself came up with the idea in the 1980’s of a salute-to-the Soviets series that even the New York Times found embarrassing because of its gushing Leftist salute. And the network became infamous in the 1990’s as “The Clinton News Network.”

Which raises the question. If Fox News is a “complete propaganda machine” – isn’t CNN? Except instead of being “pro-Trump” or “state-run TV” as is the Zucker accusation about Fox, CNN is the opposite – “liberal state-run TV”. And it is the latter because liberalism has always been part of the CNN culture thanks to the formative culture established by its founder.

As noted here by the Harvard Kennedy School’s Shorenstein Center on Media, Politics and Public Policy, CNN’s coverage of President Trump’s first 100 days in office was, along with NBC’s, “the most unrelenting”. CNN’s coverage scored a full 93% negativity on its Trump coverage. That is nowhere close to the idea that CNN is a “just the facts” network

Among other things, this has resulted, as noted here at RealClear Investigations, in a push to remove CNN from the ubiquitous television monitors that permeate U.S. airports on the grounds that it has now become nothing more than leftist propaganda.

Zucker is obviously well within his rights to take CNN any direction he wishes. God bless a free press. But when one goes back and takes a look at the Portrait of the Soviet Union as presented by CNN’s founding father, then looks at the Clinton years coverage plus the Shorenstein analysis of the first hundred days of Trump administration coverage – 93% negative – it is more than fair to ask if CNN hasn’t become exactly what it is criticizing at Fox. A propaganda machine – for the Left. And that it is that in the first place because culturally speaking its corporate culture has always been thus.

Which, not to put too fine a point on it, was something the very media savvy late Roger Ailes understood in his bones. And which explains why exactly the conservative Fox News keeps relentlessly winning the ratings – and Sean Hannity is called “the King of Cable News.”

A mysterious white truck appeared out of nowhere and effectively blocked CNN reporters from filming President Trump while golfing during his holiday visit to Mar-a-Lago on Thursday; cutting-off the camera crew from hounding the Commander-in-Chief while relaxing on the links.

CNN’s Don Lemon commented on the truck’s surprise appearance while speaking with the network’s White House correspondent, asking the reporter to explain the mysterious incident.

“Our job down here is to cover the President and to tell our viewers what he’s doing on a daily basis […] There’s a break in the hedges,” said the journalist.

“Today, a big white box truck parked in front of the hedges trying to obscure our shot of President Trump golfing,” he added. “This may seem trivial, but it’s important to get video of the President as he does things on a daily basis.”

Watch the hilarious video above.

“This story hits close to home. A Michigan man has been arrested after he allegedly made numerous calls to CNN headquarters in Atlanta threatening to kill this network’s employees,” said Lemon.

“There’s nothing random about this. Nothing. This is what happens when the President of the United States -Donald Trump- repeatedly attacks members of the press simply for reporting facts he does not like,” he added.

“Mr. President, I’m going to speak directly to you. We are not the enemy. We are not trying to silence you. It’s the job of the free press to report the facts, to ask question, tough questions, ones you don’t like,” said the CNN anchor. “When you make that baseless and incendiary charge, be aware that people are listening to you, some very dangerous people.”