This Anti-Fog Spray Keeps Your Glasses Clear for 24 Hours, Even When You’re Wearing a Mask

Wearing a mask is not comfortable for anyone. But for glasses wearers, masks create the problem of lens fog.

If you are fed up with wiping your glasses every five minutes, you might want to try FogBlock. This spray keeps your lenses mist-free for 24 hours. Hannity viewers can pick up a pack now for just $12.99 — that is 13% off MSRP.

Whether you are an essential worker or just going out to the shops, masks are a fact of life right now. Unfortunately, the lens-fog problem will only get worse as the temperature drops.

FogBlock offers a simple solution. You simply spray this stuff onto your glasses and wait five minutes. You don’t need to wipe it, because the droplets spread naturally to create a streak-free coating.

Once the lenses are dry, your glasses are ready to wear. They should remain fog-free for the whole day, even if you are wearing a mask.

You can use FogBlock on prescription glasses, sunglasses, work goggles, and even visors. Being completely clear, the liquid does not blur your vision — in fact, it should make it much clearer.

The non-toxic formula is safe, both for you and the glass. It’s also travel-friendly: You can slip the bottle into your bag for work trips and any time you need a top-up. 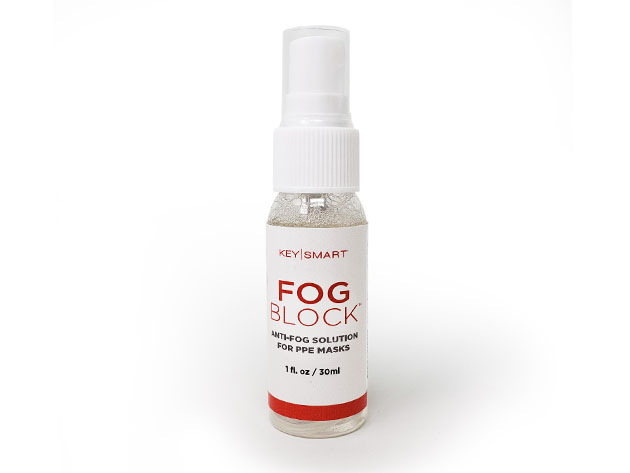 NBA Commissioner Adam Silver confirmed this week during an interview with ESPN that his association will largely abandon their “social justice messaging” next season and will focus on “returning to normalcy.”

The NBA plans to stop the social justice messages starting next season, and commissioner Adam Silver has admitted he understands why fans are so upset.

It only took the TV ratings to tank, but it looks like the NBA is learning a harsh lesson.https://t.co/OfjDNJ9wZ8

“I would say, in terms of the messages you see on the court and the jerseys, this was an extraordinary moment in time when we began these discussions with the players and what we all lived through this summer. My sense is there’ll be somewhat a return to normalcy, that those messages will largely be left to be delivered off the floor. And, I understand those people who are saying, ‘I’m on your side, but I want to watch a basketball game,” said Silver.

Watch his comments above.

Recently released documents disclosed by the National Intelligence Director reportedly show Hillary Clinton had ordered a “plan” to link President Trump to the Russian government during the 2016 election.

“National Intelligence Director John Ratcliffe on Tuesday declassified documents that claim Hillary Clinton ordered ‘a campaign plan to stir up a scandal’ by linking President Trump to Russia in 2016 — and that then-President Barack Obama knew about her possible role,” writes the New York Post.

“The newly released notes from Brennan, who now is a fiery anti-Trump commentator, indicate that Brennan briefed Obama on ‘alleged approval by Hillary Clinton on July 28 of a proposal from one of her foreign policy advisors to vilify Donald Trump by stirring up a scandal claiming interference by Russian security services,’” adds the Post.