**PAUL RYAN DECIDES TO LEAVE, NOT DEFEND HIS SEAT, AND ABANDON THE PARTY

4:05PM ET – Former Speaker of the House and historian Newt Gingrich has a new on-demand course out called Defending America. Sign up at DefendingAmericaCourse.com, use promo code: HANNITY for 20% off this week, so please check it out. Today he gives us his take on Syria, Mueller’s Witch Hunt, and the trouble at the Department of Justice; where it appears anything but justice is taking place.

He also laid into Sessions over his decision to recuse himself from overseeing the Russia probe — something Trump has repeatedly hit him for over the last year.

4:30PM ET – Fox News Contributor Dr. Sebastian Gorka and Scott Uehlinger, Congressional candidate for the 9th District of Pennsylvania, retired CIA operations officer and Russian intel operations expert are here to talk about the importance of the midterm elections and ensuring that President Trump has a congress he can depend on through 2020.

A little about Scott:

Scott was a very early supporter of President Donald Trump. His entry into politics came in May 2016 when he was elected by the voters of Pennsylvania’s 9th Congressional District to be a delegate for Donald Trump at the Republican National Convention.

Scott is actively involved in youth mentoring programs and helping veterans obtain employment within the intelligence community. He has worked as a substitute teacher in the Brandywine, Oley, and Kutztown school districts.

Scott is a Life Member of the National Rifle Association, the Association of Retired Intelligence Officers, and the Naval Institute.

Scott has again been called to serve, this time as the representative of the people of Pennsylvania’s 9th Congressional District. A citizen-politician, Scott will bring a lifetime of experience to Congress advocating daily for his constituents and all Americans. Scott will fight tirelessly to wrestle away the D.C. swamp dwellers’ grip on government and return it to where it belongs; under the control of the good people of Pennsylvania and the United States of America. 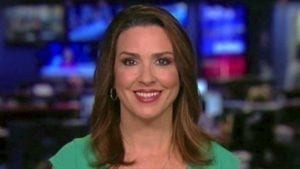 5:05PM ET – Sara Carter, Investigative Journalist and Fox News Contributor and David Schoen, Civil Rights and Criminal Defense Attorney are here to discuss the misuse of American taxpayer’s on this ‘investigation’ into Donald Trump. While the liberal networks distract America with regard to an affair that two people had almost 15 years ago, when one of them wasn’t a President, a deadline has been reached today. If you remember, House Intel Committee Chair Devin Nunes.

Chairman Devin Nunes, R-CA, sent the letter to Department of Justice Assistant Attorney General Rod Rosenstein and FBI Director Christopher Wray warning them that their lack of compliance with the committee’s original Aug. 24, 2017 subpoena to turn over all requested documents could result in “the Committee pursuing all appropriate legal remedies, including seeking civil enforcement” in a federal district court. The committee gave the FBI and DOJ until April 11 to turn over all the documentation requested. From the Chairman’s letter a week ago.