Whether it’s coronavirus, wildfires, or way too much work, there are many reasons you might not get to your favorite golf course. Thankfully, there is a way to practice your swing virtually anywhere.

PhiGolf is a smart golf simulator that allows you to play virtual replicas of the world’s greatest courses. The package is usually priced at $249, but Hannity viewers can get it today for $190 with promo code GOLF10.

The key to becoming a great golfer is practice, practice, and more practice. When you can’t be at the range, PhiGolf helps you play. This simulator is based around the Swing Stick, a device that is designed to feel like a club in your hands.

When you complete your swing, sensors analyze the exact movements you make. This information is relayed to the companion app on your phone, where you can get tips on how to improve.

You can also use PhiGolf to play the popular WGT Golf mobile game. This allows you to take on thousands of other golfers around the world on courses like St. Andrews and Pebble Beach. You can see every shot on your phone or you can hook up the game to any display. 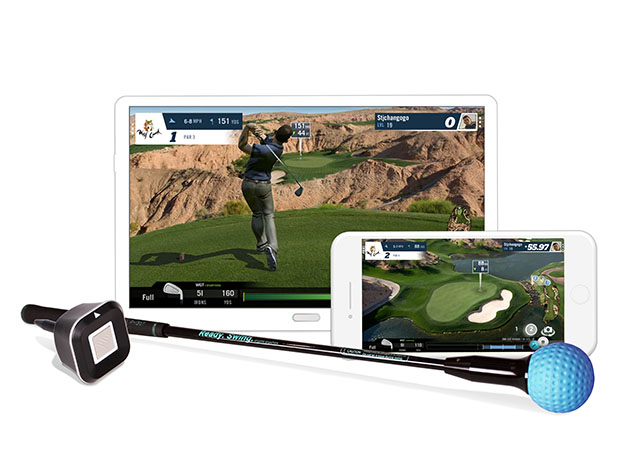 The NBA continued to hemorrhage fans over the weekend when their final championship series was viewed by less than 5 million Americans each night; the lowest recorded since the association started keeping track back in 1994.

The TV Ratings For The NBA Finals Hit Another Record Low. The Numbers Are Atrocious https://t.co/6tV8kJYdF6

The TV ratings for game three of the NBA Finals hit another record low Sunday night. The game averaged fewer than 4.4 million viewers.

The numbers are pathetic. This is what happens when you make sports political. People quit watching.

“The number is down 45 percent from last year’s Game 1 between the Golden State Warriors and Toronto Raptors, which had 13.51 million viewers. This is the fourth straight year Game 1 viewership has gone down compared to the previous season,” reports Yahoo Sports.

The doctor overseeing President Trump’s CoVID recovery offered encouraging news Monday; saying the Commander-in-Chief “is back” and will return to the White House this evening.

President Trump confirmed Monday afternoon he will be leaving Walter Reed Medical Center at 630PM this evening; saying “Don’t be afraid of CoVID, don’t let it dominate your life.”

“I will be leaving the great Walter Reed Medical Center today at 6:30 P.M. Feeling really good! Don’t be afraid of Covid. Don’t let it dominate your life. We have developed, under the Trump Administration, some really great drugs & knowledge. I feel better than I did 20 years ago!” posted Trump on Twitter.

I will be leaving the great Walter Reed Medical Center today at 6:30 P.M. Feeling really good! Don’t be afraid of Covid. Don’t let it dominate your life. We have developed, under the Trump Administration, some really great drugs & knowledge. I feel better than I did 20 years ago!