A recent article published in the New Yorker viciously accused Fox News and a handful of hosts of “becoming propaganda” for the Trump administration; conveniently ignoring the widespread and often-concealed connections between the Obama White House and a series of major news networks -including ABC, MSNBC, and CNN.

Even the left-leaning Washington Post published an article outlining the “conflicted” relationships back in 2013, asking “So what to make of all the family ties between the news media and the Obama administration?” 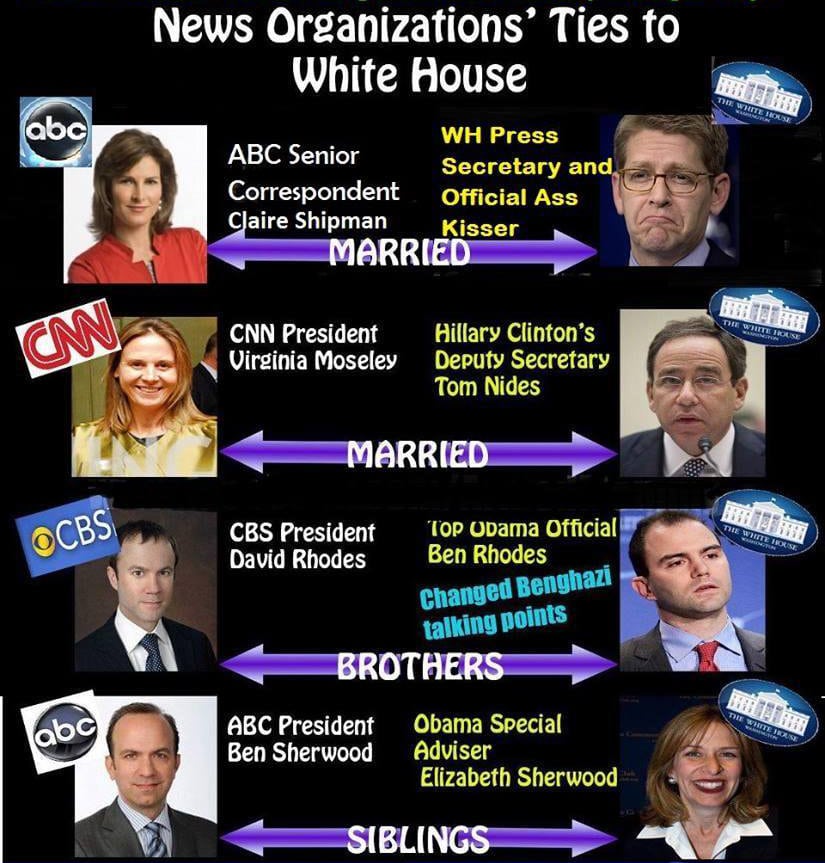 The story goes on to detail the various relationships between senior Obama officials and the mainstream media, including:

“There is zero evidence, zero, that [Sherwood’s relationship] has had any impact on our coverage,” Jeffrey Schneider, ABC News’s chief spokesman told the Post. 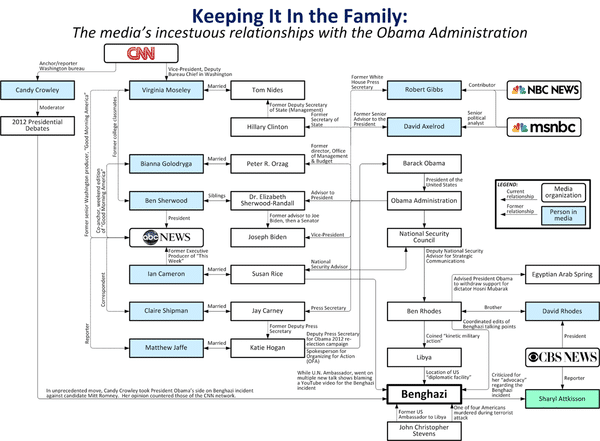 BIAS ALERT: CBS Begs OPRAH to Run Against Trump in 2020, Says She Can 'Heal' People

The mainstream media’s non-stop obsession with a possible Oprah-Trump match-up in 2020 was on full display Thursday; with CBS News openly begging the television superstar to run against the President because she can help “heal and connect all people.”

Winfrey was speaking with CBS ‘This Morning’ to promote her upcoming young-adult movie ‘A Wrinkle in Time’ when she was asked if she was considering a bid for the White House.

“Nobody should be convinced to run for the Presidency,” said co-host Gayle King. “But I also think you have a very unique ability in terms of healing and connecting all people.”

“I have great compassion for people, but I think you need more than compassion to be President of the United States,” said Winfrey.

The morning anchor went on to quote the late poet Maya Angelou in her attempt to draft Oprah into the race; asking her “What do you think Maya would say? It’s one of these times I wish Maya was here.”

Watch the blatant bias below:

AND THE AWARD GOES TO: Trump Announces FAKE NEWS ‘Winners’

Forget about the Golden Globes or Oscars this year. President Trump unveiled the ‘winners’ of the highly-anticipated 2017 Fake News Awards on Thursday night, naming names and calling-out the worst mainstream media offenders as they breathlessly attacked the President during his first 12-months in the Oval Office.

“2017 was a year of unrelenting bias, unfair news coverage, and even downright fake news. Studies have shown that over 90% of the media’s coverage of President Trump is negative,” writes the official GOP website. “Below are the winners of the 2017 Fake News Awards.”

AND THE AWARD GOES TO…

10. The New York Times baselessly claims on its front page that the Trump administration intentionally hid a “climate report.”

9. CNN falsely reports that former FBI director James Comey would contradict the President’s claims that he was not under investigation.

7. CNN FALSELY reports that Anthony Scaramucci’s met with a Russian official, but retracts it due to a “significant breakdown in process.”

6. CNN creates a phony video to make it appear President Trump “overfed” fish during a traditional ceremony in Japan alongside Prime Minister Abe.

5. The Washington Post reports that President Trump’s massive, sold-out rally in northern Florida is totally empty, with “dishonest reporters” posting pictures of the arena hours before the public was allowed to enter.

3. CNN asserts that President Trump and his son Donald Trump, Jr. has access to hacked DNC emails obtained by WikiLeaks.

1. The New York Times claims on the day of President Trump’s historic win over Hillary Clinton that the US economy will “never” recover.