Learn A New Language with 76% Off This Bundle of Apps Ft. Rosetta Stone

If you’re still spending more time at home than usual and you’ve somehow managed to stream all of Netflix, you might be looking for new ways to entertain yourself.

The Social Distancing Lifetime Subscription Bundle brings together an award-winning language learning app, a library of non-fiction reads, and one of the best online privacy solutions. These best-selling apps that will help you learn new skills at home would usually cost a whopping $844, but they’re 76% off for a limited time, allowing you to pick up the bundle for just $199.

The star name on this roster is Rosetta Stone. Named Best Language-Learning Software five years in a row by PC Magazine, this app is “the next best thing to living in a country” according to the Wall Street Journal.

The technology behind the software helps you master 24 different languages to an advanced level, with speech recognition technology that analyzes your accent 100 times every second.

12min Premium Micro Book Library is another great way to learn something new. Available on iOS and Android, this app condenses great non-fiction into short text and audio summaries. You’ll never be stuck for small talk at a networking event again.

Of course, you’ll want to protect your privacy as you use these apps and pretty much anything else on the internet. That’s why this bundle comes with a KeepSolid VPN unlimited lifetime subscription. A VPN (virtual private network) routes your data via masking servers and applies strong encryption, making it virtually impossible for anyone to track you across the web. It was awarded the honor of Top VPN by PC Magazine.

With this bundle, you can enjoy lifetime access to all three apps for just $199 — 76% off the retail price. 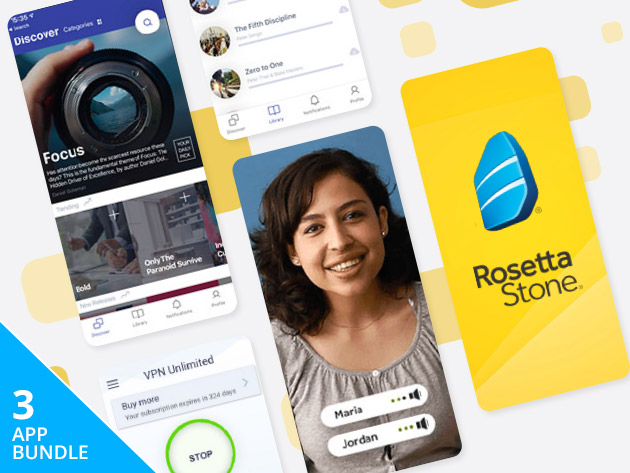 Watch the bizarre moment above.

The original headline read, “As Chaos Spreads, Trump Vows to ‘End It Now’”.

“You’ve got to be kidding me,” Ocasio-Cortez responded on Twitter.

You’ve got to be kidding me. https://t.co/XJqrTH5P7c

“The New York Times headline writers are going to Both Sides the country to death,” Sen. Brian Schatz (D-Hawaii) posted.

The New York Times ultimately caved to the pressure, changing the title to “Trump Threatens to Send Troops into States.”