ISIS THREAT: Islamic State Vows to ‘KILL THEM ALL’ at 2018 World Cup

The Islamic State threatened to launch massive attacks against the international World Cup soccer competition Friday; vowing to “kill them all” during the upcoming global tournament in Russia.

The terror organization released its newest threat through its French-language based media wing; showing a picture of a bloody knife severing the World Cup 2018 logo under the banner “Kill them all.”

According to the Daily Mail, the threat is likely a direct response to Russian President Vladimir Putin’s staunch support of Syrian dictator Bashar al-Assad, who has waged an ongoing war against ISIS for over six years.

The terror group has been releasing propaganda pictures for months; vowing to strike the World Cup’s audience as well as sports stars from across the globe.

The disturbing image is similar to a recent ISIS photo depicting a lone-attacker stalking the New York City subway system, saying Americans “won’t know” when and where the next attack will occur. 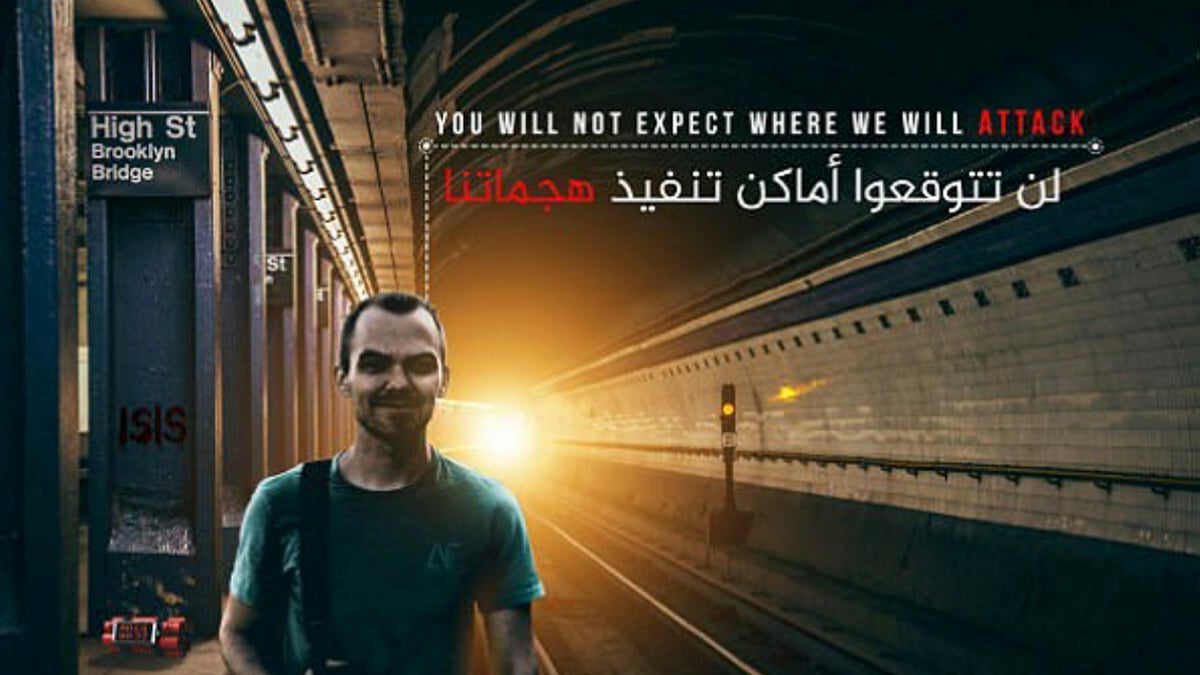 IT WAS ISIS: Terrorist Declared Allegiance to ISIS Before NYC Massacre

The suspect behind Tuesday’s devastating truck-attack in lower Manhattan left behind a would-be suicide note in the cabin of the vehicle, declaring his allegiance to the Islamic State and writing, “ISIS Lives Forever.”

According to NBC News, Saipov left behind the ISIS-inspired writings in the hopes that he would be killed by law enforcement during the attack. After crashing into a school bus, the terrorist ran through the streets of lower Manhattan, screaming “Allahu Akbar” while holding a paint-ball gun and a BB pistol.

Saipov was shot in the abdomen and is recovering at a local hospital.

The NYPD and FBI believe the suspect is an Uber driver currently residing in New Jersey with his wife and three children.

“We are horrified by this senseless act of violence. Our hearts are with the victims and their families. We have reached out to law enforcement to provide our full assistance,” an Uber Spokesman said.