Get Rid Of Odors and Bacteria with this Smart Fridge Deodorizer

For years, baking soda reigned supreme for minimizing and eliminating unpleasant odors in refrigerators. Other companies have offered their attempts at quelling the smells, but many times those devices are just too cumbersome or come with their own set of issues.

Wouldn’t it be great if there was a device that eliminated refrigerator odors and killed bacteria while also being so inconspicuous that you forgot it even existed? Meet the Gotek Smart Fridge Deodorizer, which for a limited time is available for only $96.99. That’s a savings of nearly 20%.

This device doubles and a deodorizer and a sterilizer, making your refrigerator of the cleanest and most pleasant smelling places in your home. The Gotek Smart Fridge Deodorizer uses ozone and negative ion dual modes as it kills 96.2% of bacteria in your refrigerator. It uses passive adsorption to do the trick.

While eliminating odors is one of the things it does best, it can also help save you money. The ozone and ion dual modes double the shelf life of fruits and vegetables. It also assists in the degradation of potential pesticide residue that might have gotten into your foods.

This device, which sports a stylish silver matte finish, isn’t much taller than a can of food. It can slip to fit nearly anywhere in your fridge and away from your line of sight. It can be used in two modes: normal (regular deodorization) or strong (for stronger scents and odors). A full charge of the battery gives it 90 consecutive days of working time, and it has a waterproof rating of IP65.

Few things are more annoying and frustrating than stubborn refrigerator odors. Banish them to the past with the Gotek Smart Fridge Deodorizer. Purchase it today and its limited-time price. 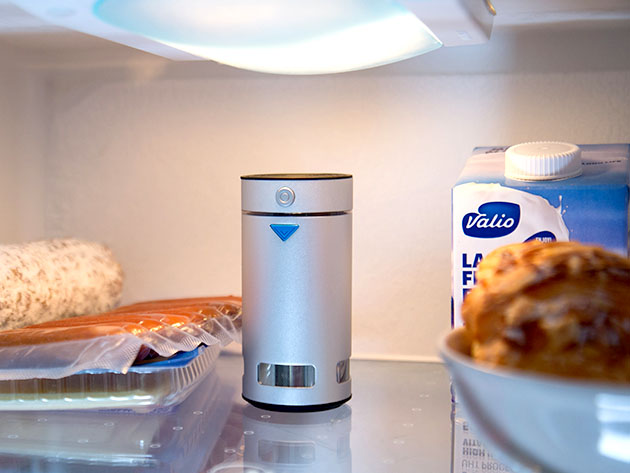 THIS IS REAL: Pelosi Says She Has No Idea Where ‘Attitude of Lawlessness’ in San Francisco Comes From