The 21st annual 95.5 WSB Care-a-Thon will air live beginning at 5 a.m. Thursday, July 29, finish on Friday, July 30 at 6 p.m. and will feature stories of hope and inspiration from the Aflac Cancer and Blood Disorders Center of Children’s Healthcare of Atlanta patients, families and staff from throughout Georgia.

Donations made to the WSB Care-a-Thon will help fund family support services, research and the Fellowship Program at the Aflac Cancer and Blood Disorders Center. 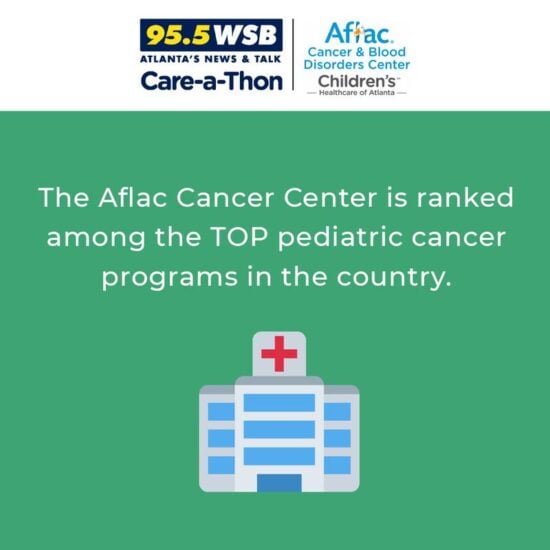 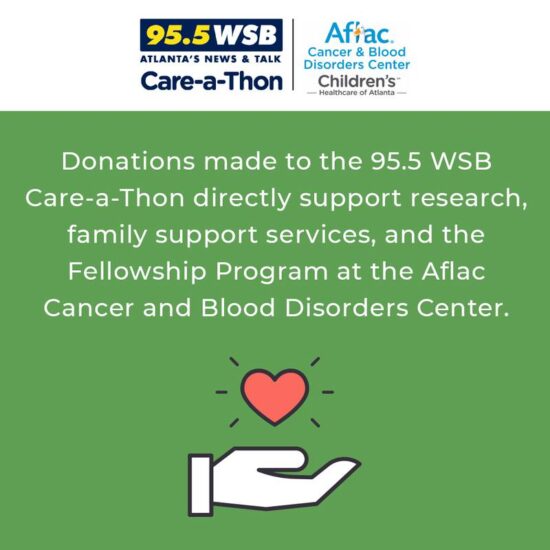 You can also donate online at WSBradio.com.

If sharing on social, make sure you use #WSBcareathon

AMERICAN STORY: ‘My Kid Has Cancer and Obamacare is Making Everything Worse’

During the final days of the 2020 general election, Joe Biden routinely pledges to expand his predecessor’s disastrous healthcare reform law; this time calling it ‘Bidencare.’

The former Vice President fails to discuss the millions of Americans who found themselves without insurance or battling a growing bureaucracy that didn’t exist just months before the bill.

“Joe Biden has been running an ad in which he says he can’t imagine what it would be like to have a child with cancer and no health coverage. I don’t have to imagine. Under the health ‘reform’ championed by Biden when he served as President Barack Obama’s vice president, I live that reality every day,” writes Christopher Briggs.

“Twice over the past three years, ObamaCare has had no plans to sell us that covers little girls ravaged by cancer or recovering from that ordeal — and it might leave us floundering again,” adds the father.

“Thanks to ObamaCare, we were already in financial straits. In 2014, the law had eliminated a great plan we had had for years. Before ObamaCare went into effect, the private marketplace offered us a wide menu of relatively inexpensive plans that covered specialist care, even out of state,” concludes Briggs. “Turns out there is a nightmare worse than one’s watching cancer brutalize one’s little girl. It’s having Obama’s law — which his vice president rightly claims as his own — collude with the disease against her.”

Read the full story at the New York Post.

Supreme Court Justice Ruth Bader Ginsburg confirmed Friday that she has been undergoing chemotherapy treatment for liver cancer; saying she’s able to fully complete her duties on the court.

“My most recent scan on July 7 indicated significant reduction of the liver lesions and no new disease,” she said in the statement. “I am tolerating chemotherapy well and am encouraged by the success of my current treatment. I will continue bi-weekly chemotherapy to keep my cancer at bay, and am able to maintain an active daily routine.”

Justice Ruth Bader Ginsburg says she is being treated for recurrence of liver cancer https://t.co/MZX9bttROP

“Throughout, I have kept up with opinion writing and all other Court work,” Ginsburg added. “I have often said I would remain a member of the Court as long as I can do the job full steam. I remain fully able to do that.”