The blast that left dozens dead and thousands injured in the Lebanese port of Beirut last week had raised concern years ago. The Associated Press reported, “a U.S. government contractor expressed concern to a Lebanese port official about unsafe storage there of the volatile chemicals that fueled last week’s devastating blast, American officials said Tuesday.”

The Associated Press also reported that while there is “no indication the contractor communicated his concerns to anyone in the U.S. government…his assessment was noted briefly in a four-page State Department cable first reported by the New York Times.” 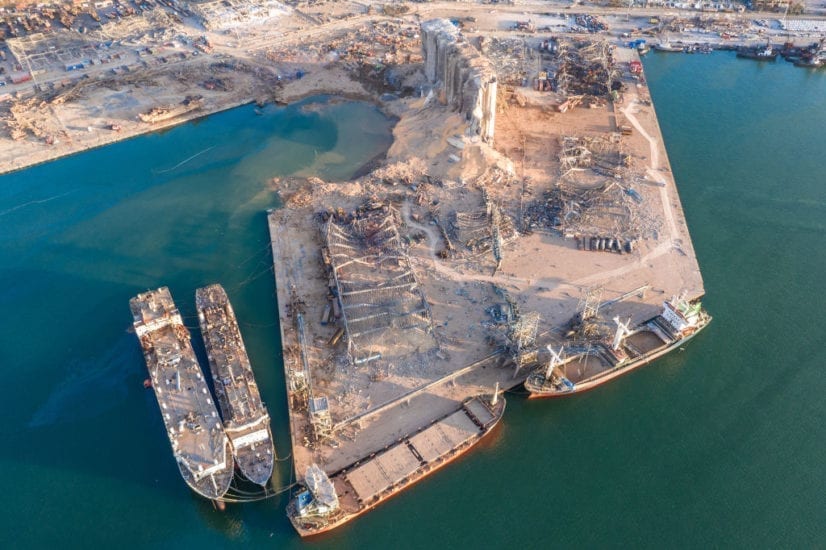 The cable, labeled “sensitive but unclassified” was released by the State Department after the August 4th blast. In the cable is mention of someone who had “advised the Lebanese navy under a U.S. Army contract from 2013 to 2016” and “told the State Department that he had ‘conducted a port facility inspection on security measures during which he reported to port officials on the unsafe storage of ammonium nitrate.”

A massive explosion completely destroyed the Port of Beirut Tuesday, with officials saying widespread damage is spread-out for miles in every direction. The source of the blast is still unknown.

“Beirut’s Hotel Dieu Hospital was reported to be treating more than 500 wounded patients and not able to receive more, while Lebanon’s Red Cross said it had been drowning in calls from injured people, many who are still trapped in their homes,” reports the Daily Mail.

An in depth look at where the explosive went off and how far the damage reached #Beirut https://t.co/nzDVlVZFUg pic.twitter.com/wNq3Zrg2YS

The cause of the explosion remains unclear. The government has not issued an official count of injuries or casualties. The Lebanese Red Cross tweeted that more than 30 teams were responding to the scene of the blast via ambulances.

Beirut Port Explosion: 🚨more than 30 teams are responding to the explosion. Please make way to our ambulances!🚨

The afternoon blast shook several parts of the capital and thick smoke billowed from the city center. Residents reported windows being blown out and ceilings dropping in.

My brother sent me this, we live 10 KM away from the explosion site and the glass of our bldgs got shattered. #Lebanon pic.twitter.com/MPByBc673m

The explosion appeared to be centered around Beirut’s port and caused wide-scale destruction and shattered windows miles away.

“We are aware of the explosion and are concerned for the potential loss of life due to such a massive explosion,” Capt. Bill Urban, a spokesman for U.S. Central Command, said in a statement to Fox News.