Watch Movies on a 150” Display With This Tiny Projector, Now Over $200 Off

Smartphones and tablets allow us to consume media anywhere and at any time. But there’s no denying that viewing content on a wider display makes for a more theatrical experience. From Powerpoint presentations to your favorite Netflix series, pretty much any content looks better on a nice big screen.

With the Mini Portable Smart Projector, you can set up a 150” HD display wherever you go. This powerful device is normally priced at $469, but Hannity viewers can grab it today for just $265.99 with a rechargeable battery pack included.

If you love movies and series, there is a fair chance you have a large TV at home. But if you ever want to watch something outside that one room, you end up downgrading to a small screen. That’s unless you happen to own the Mini Portable Smart Projector. Rated at 4.2 out of 5 stars on Amazon, this device can turn any blank wall into a movie screen.

Powered by Android 9.0, the projector is capable of running Netflix, Hulu, Prime Video, and pretty much any other app you can think of. If you want to play other media, you can stream content to the projector over Wi-Fi via AirPlay, Miracast, or DLNA.

The projector is really easy to set up thanks to auto keystone adjustment, and the lens is dustproof. A built-in 5W speaker provides the soundtrack for your watchlist, and you can use it for playing music via Bluetooth. With this deal, the projector includes a 5,200mAh battery pack. This gives you five hours of viewing on the move.

Order now for only $265.99 to get your hands on this impressive mini projector at 42% off MSRP. 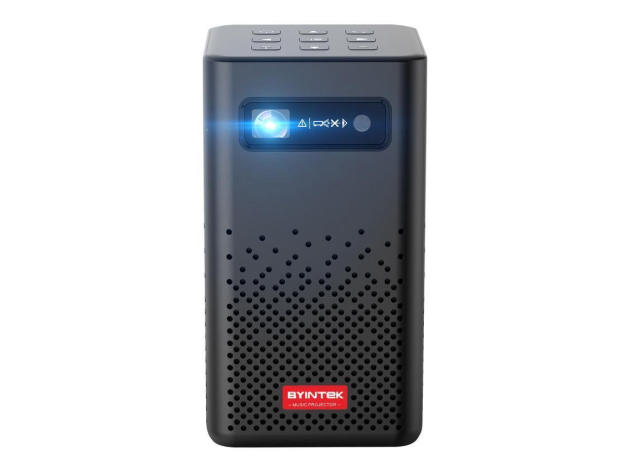