THANK YOU! Our Amazing Audience Helped Wish this WWII Vet a ‘Happy 100th Birthday’ from Across the USA

You ALL helped us wish the World War II Fighter Pilot a happy birthday by sending cards from across the USA.

D.T. Measells was born June 30th, 1921. He grew up on a farm outside Jackson, MS. During WWII, he was a fighter pilot and flew over 50 missions in Japan. After the war, he came back to MS and married his beautiful wife of almost 70 years, Imo. Imo turned 95 back in February.

View photos from the event below. 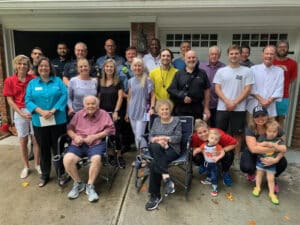 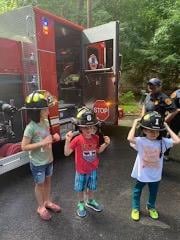 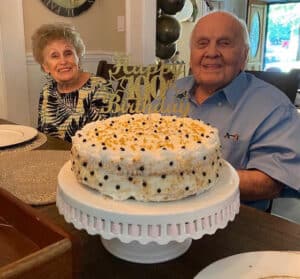 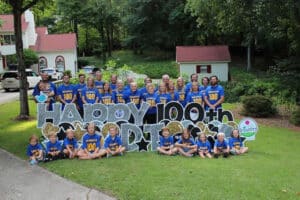 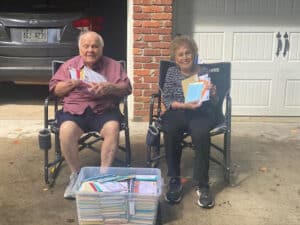 The remains of more than 20 American soldiers killed in a brutal battle during World War 2 returned home Friday; ending decades of uncertainly for hundreds of family members across the country.

“An Air Force plane carrying the remains of 22 who died during the Battle of Tarawa in 1943 – which took place on and around the remote island of Betio in the Pacific – landed Wednesday at Joint Base Pearl Harbor-Hickam in Hawaii. The caskets containing the remains, which were draped in American flags, were then carried off the aircraft by Marines as part of a ceremony,” reports Fox News.

“We welcome home more than 20 American servicemen still unaccounted for from the battle of Tarawa during World War II,” Acting Defense Secretary Richard V. Spencer said. “We do not forget those who gave the ultimate sacrifice, and it is our duty and obligation to return our missing home to their families and the nation.”

“Forensic archaeologists from the Defense POW/MIA Accounting Agency (DPAA) are now working to identify the remains and notify the next of kin, the Defense Department says. They are believed to belong to members of the 6th Marine Regiment who died during the last day of the 76-hour battle, the Associated Press reports,” adds Fox.

The human remains were discovered last March by non-profit organization History Flight; a group that has repatriated hundreds of deceased soldiers since 2015.

HISTORIC FIND: WWII US Submarine Missing for 75 Years Discovered Off Coast of Japan

An American submarine missing since World War II has been discovered roughly 75 years after it sank off the coast of Japan; with researchers saying the ship’s ultimate demise was a direct strike from a 500-pound bomb.

“The submarine was found on June 5, by the Lost 52 Project, which locates lost U.S. World War II submarines. In a statement translated from Japanese, the Lost 52 Project explained that the USS Grayback (SS-208) is the first U.S. submarine discovered off the coast of Japan,” reports Fox News.

“Japanese records indicate that the sub was sunk by a 500-pound bomb dropped by a naval bomber in February 1944. The bomb hit aft of the Grayback’s conning tower and the sub sank with the loss of her 80-strong crew,” adds Fox.

Scientists used undersea drones and other submersible craft to discover the Grayback at a depth of 1,427 feet approximately 50 miles off the coast of Okinawa.