Save Over $1,000 on This Pro-Level Indoor Rower Today

In the past few months, many of us have embraced home workouts. You can do a lot without special equipment — but for serious training, it makes sense to invest.

The Vortex VX3 Fluid Assist® AR Water Rower is a high-end machine that anyone can buy, providing smart features and fluid assist. In a special offer, Hannity viewers can currently save $1,095 on the full price with code VORTEX18.

While running and cycling mostly work your legs, rowing provides a low-impact full-body workout. Your arms, back, abs, glutes, calves, and many other muscles are engaged with every stroke.

The new Vortex VX3 takes your rowing sessions to the next level. Designed to mimic the resistance of real water, this machine makes you feel like you are actually rowing outside.

The VX3 is also the first indoor rower to have wireless controls built in to the handle. This makes it easy to switch between different resistance levels and modes.

The rower is perfect for HIIT sessions, online rowing classes, and general workouts for athletes. It’s compact enough to fit in any garage and sturdy enough to handle daily workouts for years to come. 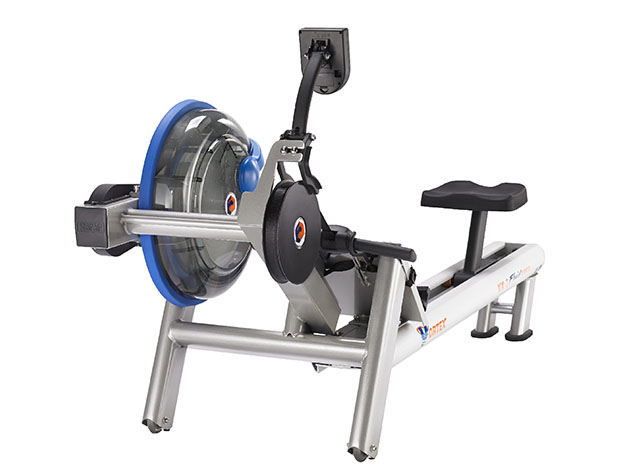 “Attorneys and immigrant rights groups had pushed for money, saying that courts were rushing decisions on deportation and that immigrants were at a disadvantage if they did not have the help of an attorney,” adds the author. “The move to bolster the funding arose from a deal between New York City Mayor Bill de Blasio and Council Speaker Corey Johnson.”

“This is crucial right now as the ICE deportation machine has ramped up efforts to interfere with the necessary work NYIFUP is doing by pushing people through the system with zero regard for due process. I will continue to fight these un-American and horrific immigration policies,” said City Council Speaker Corey Johnson.

“Earlier today, Sleepy, Creepy, Uncle Joe Biden was asked how he would handle President Trump on the debate stage,” said Hannity; playing a clip of Biden challenging Trump to a push-up contest.

“The President’s busy cleaning up the mess you left,” added Sean. “I’ll take you up on the challenge. You name the time and place, I’m ready, I don’t even need to practice. I train every day.”

“I would say, come on Donald, come on, man. How many push-ups do you want to do here, pal? I mean jokingly,” Biden said during a recent interview.

“You know, come on, run with me, man. it’s like I was in a parade in Independence, Missouri. And I always run in parades… and a fellow from Independence who was a Trump supporter said, ‘hey sleepy Joe!’ I said, come run with me, Jack. Come on man!” he added.

“I’m not going to get down in the dirt with him,” said the former Vice President. “That’s the only place he knows how to fight. I’m just going to continue to talk about what he’s doing — why it’s so damaging to America and as my mother would say, I’m not going to take any guff from him”

TRUMP to DE BLAZ: New Yorkers Can’t Enjoy ‘Beautiful’ Day Because They Don’t Want to be ‘Mugged or Killed’
Advertisement