OP-ED: The Rise of Anti-Semitism and the Fall of the Democratic Party

I was honored once to serve as trial counsel on a team that successfully defended the Democratic Party against an unfair lawsuit.  The Democratic Party represented to me a party of ideas, principles, and courage, with true heroes among its great leaders historically.  Today, that Democratic Party is unrecognizable.  The Party’s leadership void and lack of any agenda other than to be the anti-Trump are problems, but they are secondary to what truly reflects a tragic loss of both heart and soul and poses a danger to our country’s future.

Where once Democratic Party leaders would have condemned bigotry among its members, today’s party has chosen to honor its newest media stars, freshmen members Tlaib, Omar, and Ocasio-Cortez, all unabashed anti-Semites, with coveted Committee assignments.  Tlaib sought support on a vote by evoking classic anti-Semitic appeals one would have thought were left in another political era.  She has posed in celebration with well-known terrorist supporters and America haters and has been honored and spoken to their fellow travelers.  Omar has publicly prayed to Allah to harm Israel, apologized, likened Israel to Iran, apologized, questioned the loyalty of any Congressman who supports Israel, and then doubled-down on her bigotry after finally being called out by one or two members of her party.

A video recently surfaced with Ocasio-Cortez’s supporters chanting for the annihilation of Israel and its citizens and in 2017 her Party called for Israeli’s elimination.  And when one in the triumvirate is exposed as a bigot, the others rush to her support. Of course, they are not just a mutual support group.  Omar has the unique “honor” of being endorsed by both David Duke and Louis Farrakhan. 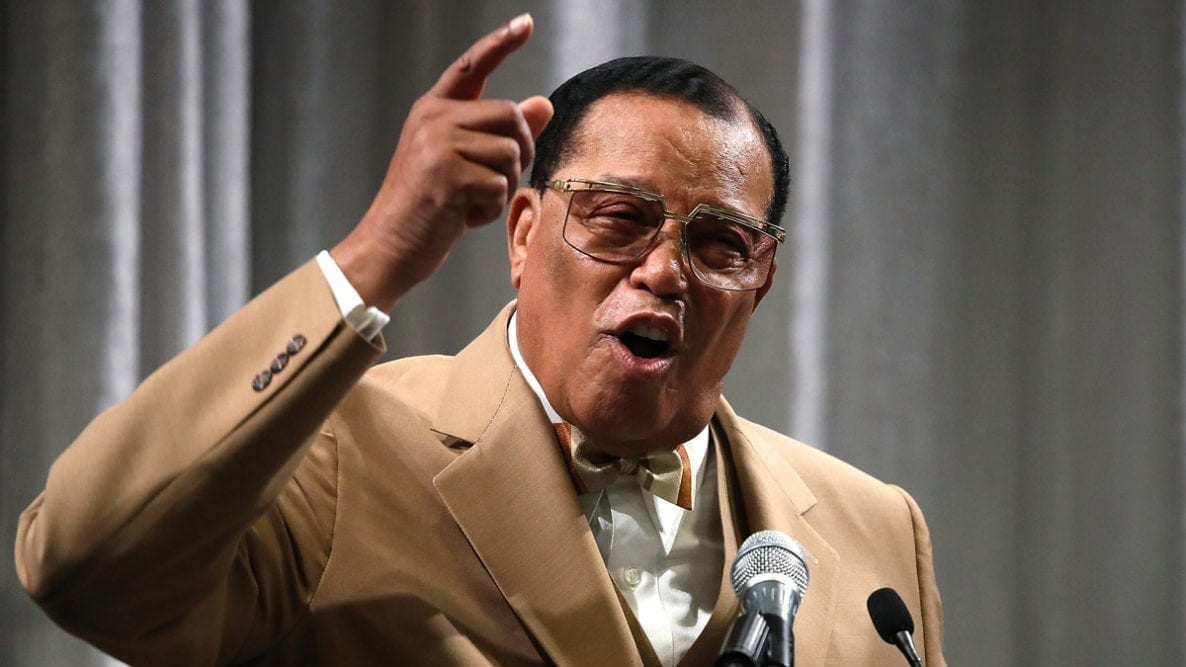 The Democratic Party leadership void is astonishing.  It has fallen on Jewish members to sheepishly speak out, but they stand alone.  Speaker Pelosi has been intimidated by this freshmen trio and has now allowed Ocasio-Cortez to become the de facto Party leader.  The current weak-kneed resolution effort at condemnation for anti-Semitism is nothing of the kind.  It continues to show that all principle has been abandoned and it sends a message that there will be no consequences for bigotry within the Party if condemnation might offend the far left.

The diversity of ideas within a Party is to be celebrated and cherished; bigotry must be condemned, not rewarded.  It seems like just the other day, leading Democrats were fighting for media time to call out the Alt-Right’s purported support for the President as a sign that the administration endorsed bigotry by not immediately rejecting their support.  President Trump made the affirmative decision to speak out loudly and definitively against anti-Semitism in his State of the Union address.  He made clear that he will have no part of it and does not want its adherents among his supporters.  The Democratic Party’s leaders have chosen instead to reward their bigots with prime committee seats and so fear alienating the bigots’ supporters that they have chosen the ostrich pose in response.  The loss of the Democratic Party’s heart and soul is a loss for the whole country and perhaps irretrievably changes its historic legacy.  The only positive I see in any of these developments is that at least now this trio demonstrates their virulent bigotry openly and loudly.  It is most important to know and understand the enemy within.

Anti-Semitism is a despicable scourge, but I would fight wholeheartedly for the rights of these bigots to publicly display their bigotry.  I have answered the ACLU’s call to represent the KKK in a battle to march with a mask while spewing their hatred.  When we know where the enemies to our nation’s values live, we can fight their bigotry in the marketplace of ideas and send a message in our public statements and with our votes to the leaders of a Party that now welcomes and honors bigots among its members.  Not in our name.

David Schoen is a civil rights attorney in Montgomery, Alabama.

BACKLASH GROWS: Scalise Says Omar Should be REMOVED from Committee, BLOCKED from Intel

Rep. Steve Scalise joined the growing chorus of legislators calling for the removal of Ilhan Omar from the House Foreign Affairs Committee Tuesday; saying she should no longer have access to classified briefings regarding the State of Israel after her anti-Semitic rant.

“Right now, she sits on the Foreign Affairs Committee. She’s able to get classified briefings on foreign policy, especially as it relates to Israel. She’s made statements, anti-Israel, anti-Jewish statements, aligned herself with anti-Semitic people as well,” said Scalise.

“She should be removed from the Foreign Affairs Committee, Nancy Pelosi should remove her immediately,” he added.

“Anti-Semitism is a hateful and dangerous ideology which must be vigorously opposed in the United States and around the world,” said Sanders. “We must not, however, equate anti-Semitism with legitimate criticism of the right-wing, Netanyahu government in Israel.”

“Rather, we must develop an even-handed Middle East policy which brings Israelis and Palestinians together for a lasting peace,” he added.

House Democrats will vote Thursday on a resolution “against bigotry” that fails to explicitly condemn Omar’s recent series of anti-Israeli statements and posts on social media.