In the first presidential election after the full recovery from the subprime mortgage crisis, which was largely caused by legislation promoting “affordable housing,” presidential hopeful Senator Cory Booker (Spartacus) has released his plan for achieving affordable housing. Thomas Sowell clarifies this way of thinking in his book “The Housing Boom and Bust,” where he explains how the market learns from these mistakes and adjusts with remarkable speed, but “the question is whether politicians and government bureaucrats learn, especially when they pay no price for being wrong, and are able to deflect blame toward the market with denunciations of ‘greed,’ ‘Wall Street’ or whatever other convenient scapegoats are available.”

In Booker’s plan, renters who spend more than 30% of their before-tax income on housing expenses would be eligible for a credit. As expected, Booker did not think this through. The result of this legislation would be that people who spent under 30% of their before-tax income on housing would now be incentivized to spend more than 30% on their housing in order to get the credit. People would be encouraged to purchase housing that they would struggle to afford because if they passed the 30% barrier they would get a free boost in housing extravagance. Along with this credit, Booker seeks to roll “back barriers to federal housing assistance programs to expand access to stable, decent, and affordable housing.” This means beyond the encouragement to spend 30% of an individual’s income on housing, Booker wants to have programs to help in providing money for “decent” housing. Cory Booker’s definition of “affordable housing” has become “you pick out a place to live that you cannot afford, and I will make the government find a way to pay for it.”

Booker would also like to eliminate “source of income discrimination.” This is when landlords refuse renters because they are trying to use a different form of payment, like housing vouchers. The issue here is when a landlord accepts a renter who is using a housing voucher, they must undergo inspection to make sure the housing is up to the standards enforced by the government. While it might seem nice to have legislated requirements that landlords need to abide by, maintenance costs money and the landlord must get this money from their tenants. The other issue with accepting housing vouchers is they can make a landlord subject to rent control. After the housing is inspected, if the government deems the landlord is charging too much for housing then they must reduce the rent. The result is the landlord must have standards that cost a certain amount of money, but they might not be allowed to charge the renters using different forms of payment enough to pay for these standards.

The problem with housing IS government intervention. During the housing boom, while housing prices in California were skyrocketing, some counties increasing $2,000 a day, in cities like Dallas, where the market was mostly left alone, housing prices decreased relatively to the average family income. This crusade to legislate affordable housing has been a political tool as far back as the 1920s when then Secretary of Commerce Herbert Hoover wanted to turn tenants into home owners, and the predictable result was increased home ownership, followed by increased foreclosure. If Cory Booker truly wanted to make housing more affordable then he would fight to peel back housing and land-use regulations that effectively place a price floor on the amount housing may cost. 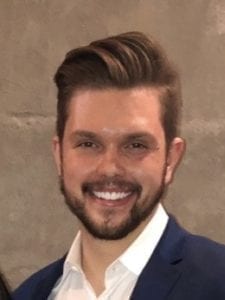 Outspoken Senator and potential 2020 challenger Kamala Harris hit the campaign trail in Iowa this week; slamming her Republican colleagues and sparking speculation surrounding her potential run for the White House.

Harris was speaking to hundreds of supporters inside a packed community college in Des Moines when she unloaded on President Trump and the GOP; saying “We need to have a better vision for this country.”

“This is the moment in time that is requiring us to fight for the best of who we are,” Harris said Monday. “And the stakes are high. I don’t have to tell you what’s happening here in Iowa, where they’re privatizing Medicare, where we know that just in a very short period of time, people’s premiums are going to go up at least threefold.”

“We are better than this,” she added.

“She’s got ground to make up, but she’s not very far behind yet,” said a member of the Iowa Democratic National Committee.

Read the full story at Politico.

Vermont Senator and 2020 Democratic hopeful Bernie Sanders raised eyebrows across the country over the weekend; saying he’s “spent his whole life” fighting against authoritarian regimes like the Soviet Union and Venezuela.

“I have spent my whole life fighting for democracy, fighting against authoritarianism, whether the Soviet Union, Venezuela or anyplace else,” claimed Sanders during a recent interview.

Democratic presidential candidate Bernie Sanders: "I have spent my whole life fighting for democracy, fighting against authoritarianism, whether the Soviet Union, Venezuela or anyplace else." pic.twitter.com/w8ky6hdz2Y

The self-described Democratic Socialist has been caught on tape publicly praising the Soviet Union and Cuba following his “honeymoon” to the communist nation in the late 1980s.

Bernie Sanders was lucky to be able to get to the Soviet Union in 1988 and praise all its stunning socialist achievements before the entire system and empire collapsed under the weight of its own spectacular failures. pic.twitter.com/bENmwVKi0g

“When we were in Moscow, we were extremely impressed by their public transportation system. The stations themselves were absolutely beautiful… It was a very, very effective system,” said Bernie.

Sanders changed his tune in recent weeks after announcing his run for the White House.

“Obviously, Soviet Union was an authoritarian society with no democratic rights, and I think if you know history, you know the democratic socialists fought and stood up against that,” the 2020 Democratic hopeful said.

“You can look at what existed in the Soviet Union or Venezuela, that is not what I’m talking about at all,” he added.

“If what you say in life is, ‘all I want to do is as much money as I possibly can and screw everything else, I don’t give a damn,’ then no, I don’t think democratic socialism is your cup of tea,” he said.

“But if you have a decent heart and say ‘look, I’m doing really well, but I also want to be a contributor to the wellbeing of society, so I’m going to pay my fair share of taxes.’”

A new poll released last month shows a whopping 43% of Americans think “socialism” would be a “good thing” for America.

The surprising survey comes as countless Democratic presidential candidates -such as Elizabeth Warren, Bernie Sanders, Cory Booker, and others- press for massive federal spending programs like Medicare for All.

OP-ED: It’s Time for Trump to Clean Out Corruption in the Military Justice System
Advertisement