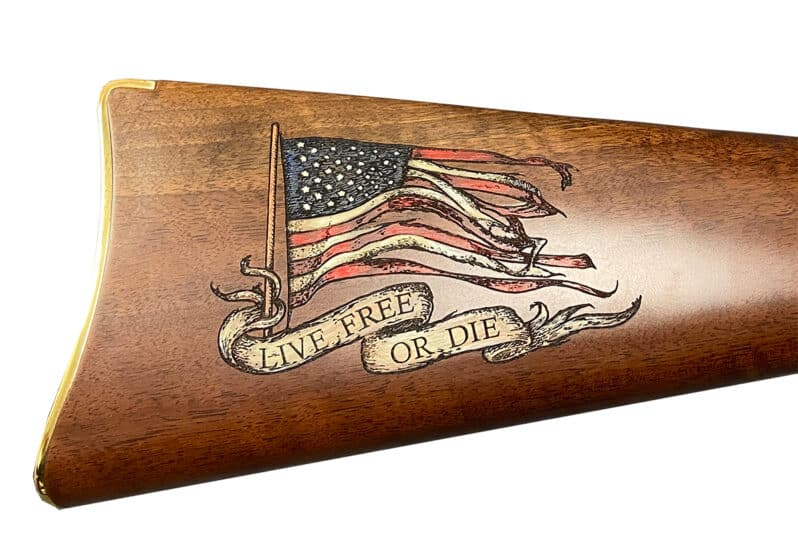 Visit the Henry Repeating Arms website to order their free catalog and decals and a list of dealers in your area.

The direct link to the catalog page is  https://www.henryusa.com/catalog/

Sean Hannity officially thanked Joe Biden’s voters Tuesday night for high inflation, gas shortages, a weakening dollars, chaos in the Middle East, and millions of workers who refuse to return to their places of employment because they make more money simply staying home; saying “congratulations to the idiots.”

“We now have crisis at the gas pumps, lines to fill up your gas tanks, and the price of everything you purchase is going up,” said Hannity.

“Interest rates and unemployment is on the rise. Workers are making more money just staying home. You’re going to have to wear a face mask for eternity. Congratulations to all the idiots who voted for the weak, frail, cognitive mess that is all things Joe Biden,” he added.

“It was just a few months ago that the Biden administration began. It’s been a disaster,” concluded Hannity.

“The highest rated of Fox News’ coverage was Hannity’s program, which dominated all of television with 5.9 million total viewers, beating out all of broadcast primetime and all of cable,” writes the Daily Wire.

The ratings bonanza comes as the Fox News channel continues to lead the pack, beating “every other network in basic cable for 23 months straight.”

“Fox News had 10 of the top 15 shows in cable news, with Sean Hannity taking the title of highest-rated host in cable news,” writes Forbes Magazine.