Sen. Cory Booker fired-back at critics of the Democrats’ ‘Green New Deal’ this week; saying it’s an outright “lie” that the massive federal program -estimated to cost $7 trillion- would “hurt the economy”

“This is the lie that’s going on right now,” said Booker from the pivotal primary state of New Hampshire Monday.

“This lie that’s being put out – that somehow being green and responsible with the environment means you have to hurt the economy – a lie,” he added. “We environmentally retrofitted our buildings. Saves taxpayers money, created jobs for our community and lowered our carbon footprint.”

A recent report from the Wall Street Journal revealed it cost the New York City Housing authority $2,000 per apartment to switch to LED lighting.

“One recent project focused on 23 housing developments, and changing the light bulbs and fixtures there cost $33.2 million,” write the Journal. 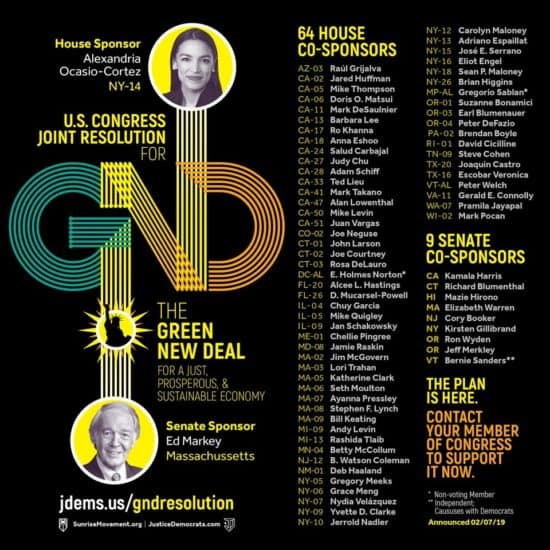